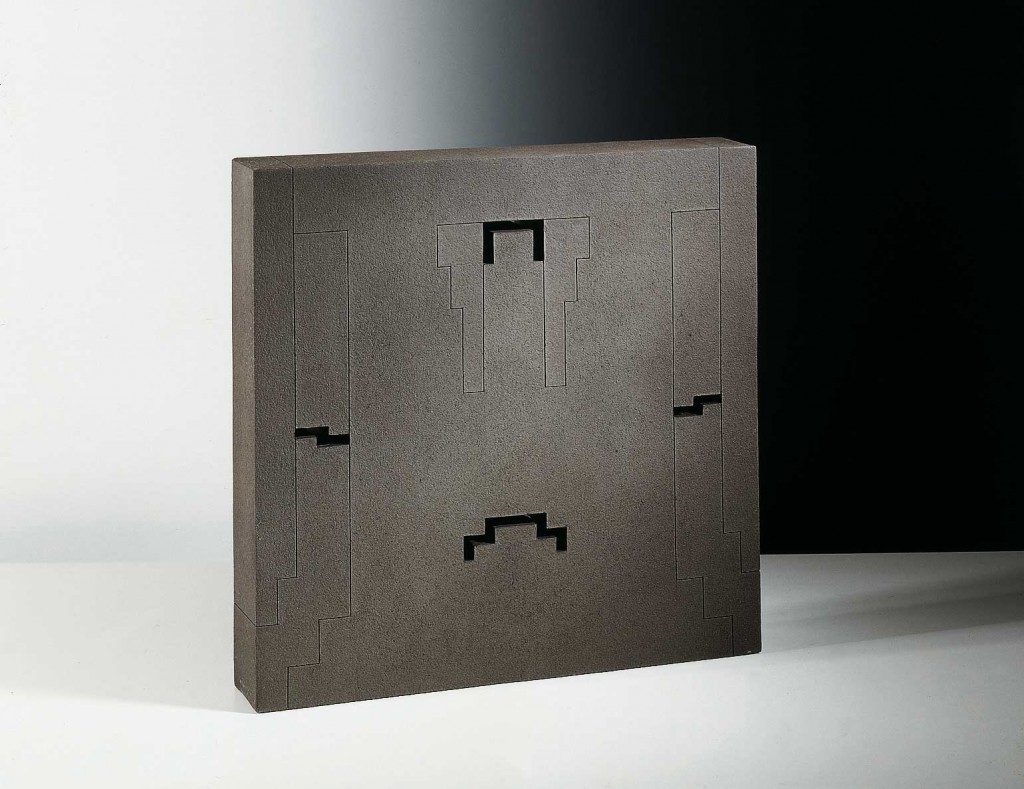 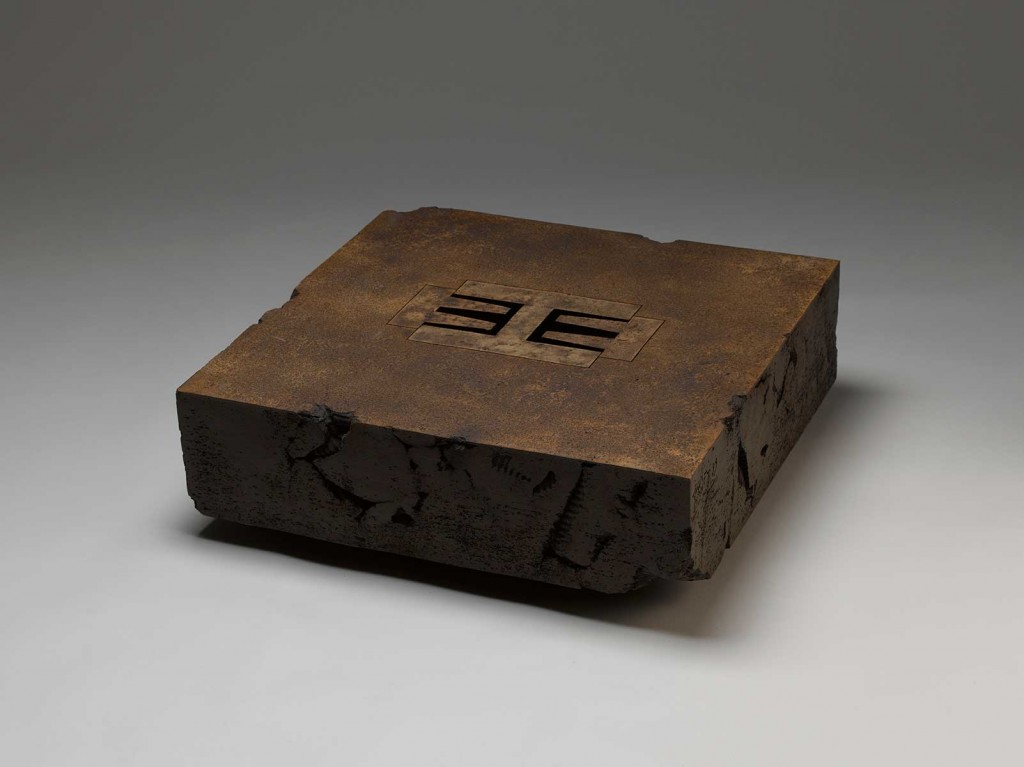 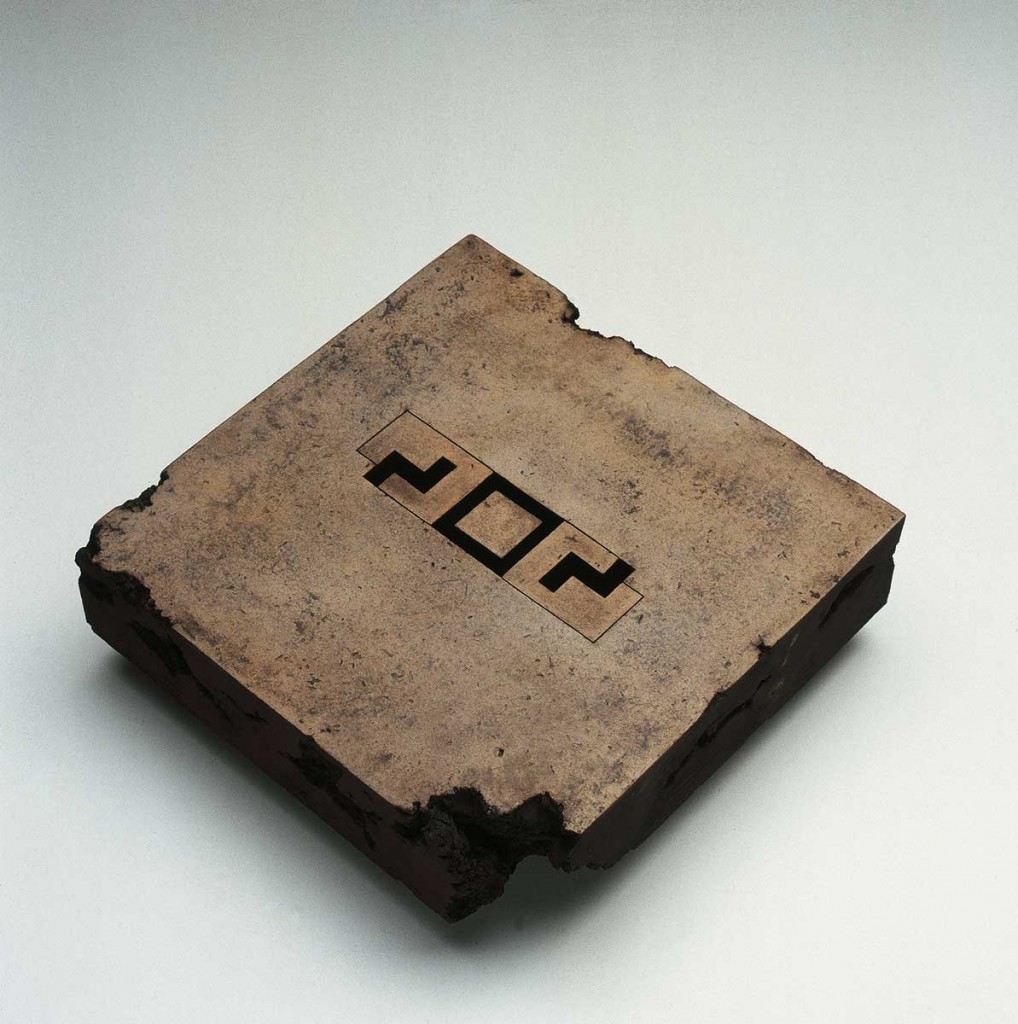 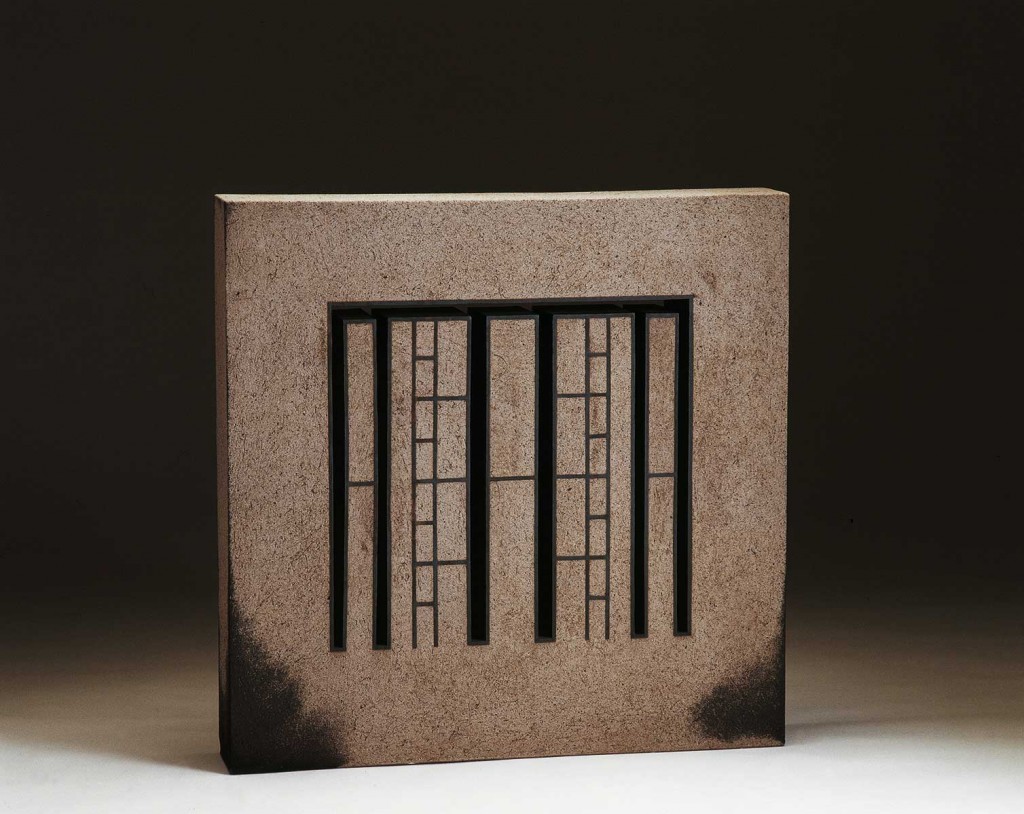 It is the first time that his works clearly integrate the architectonic concept of straight lines and non-organic accent, in a mixture of linear refinement and sensibility, which, together with a calculated symmetry, which reinforces the compositional balance, and the sobriety in the use of colour, transmits poetic feelings full of visual suggestions, some of which can even remind us of a synthetic landscape. 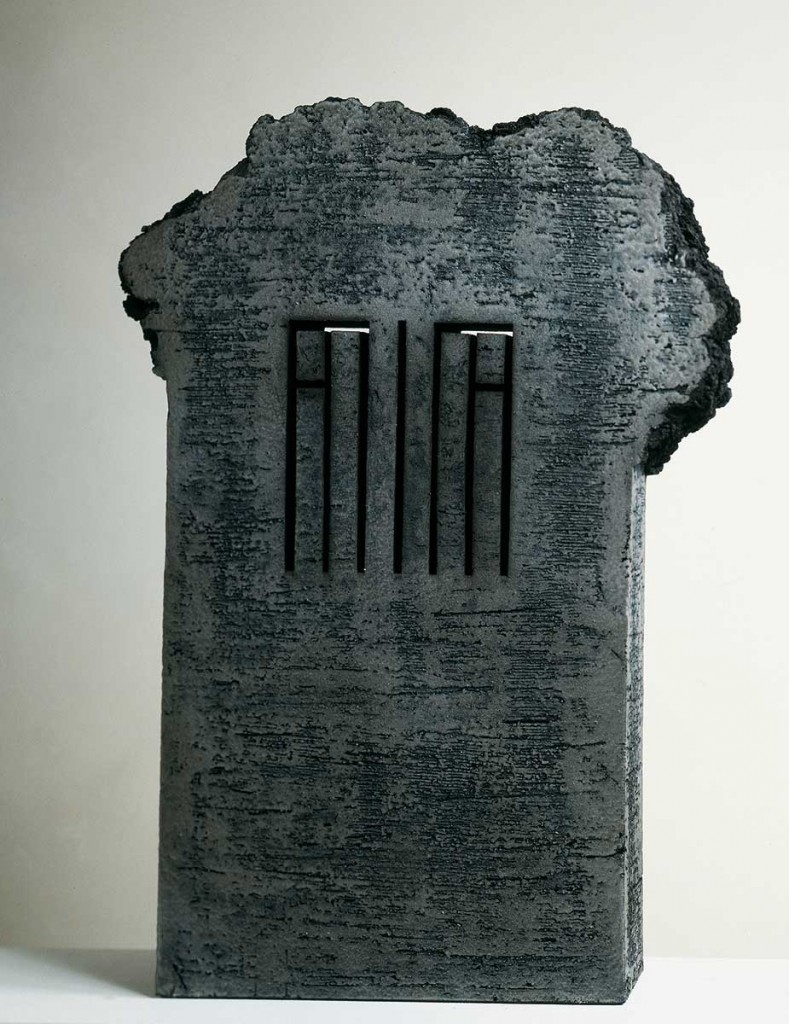 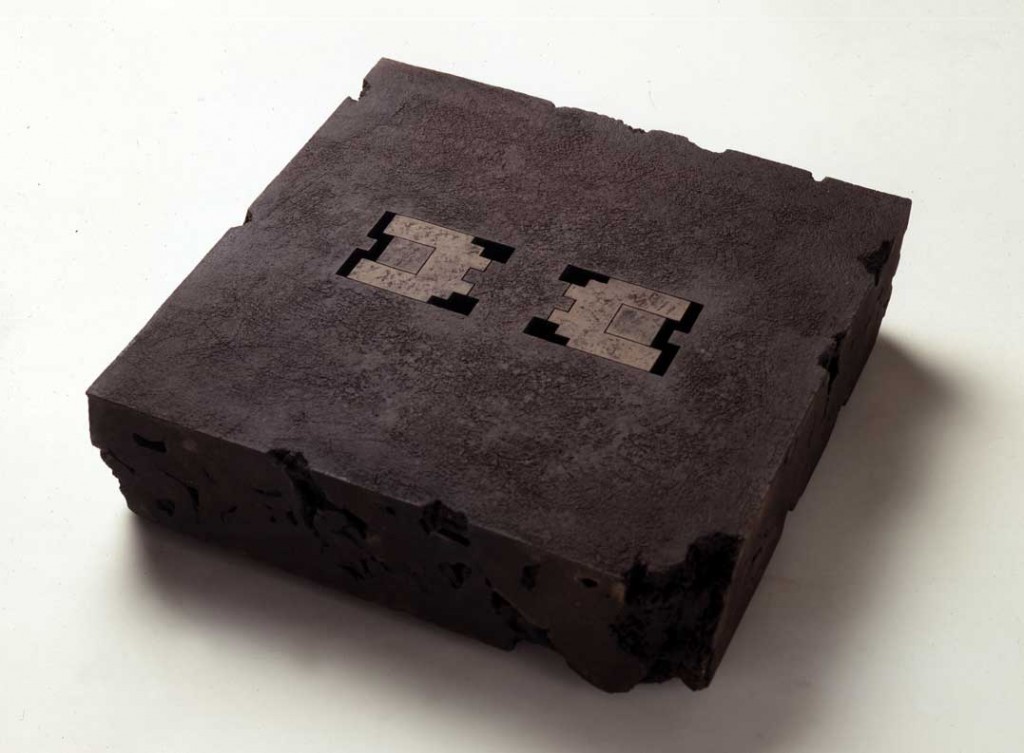 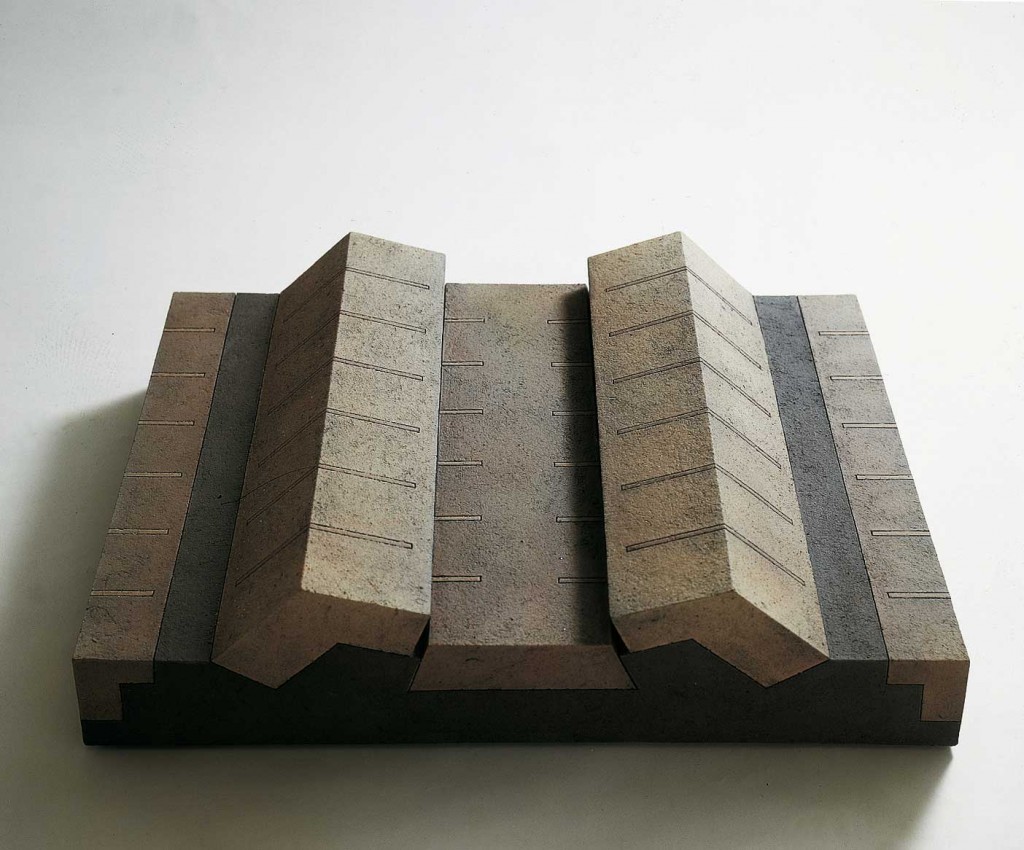 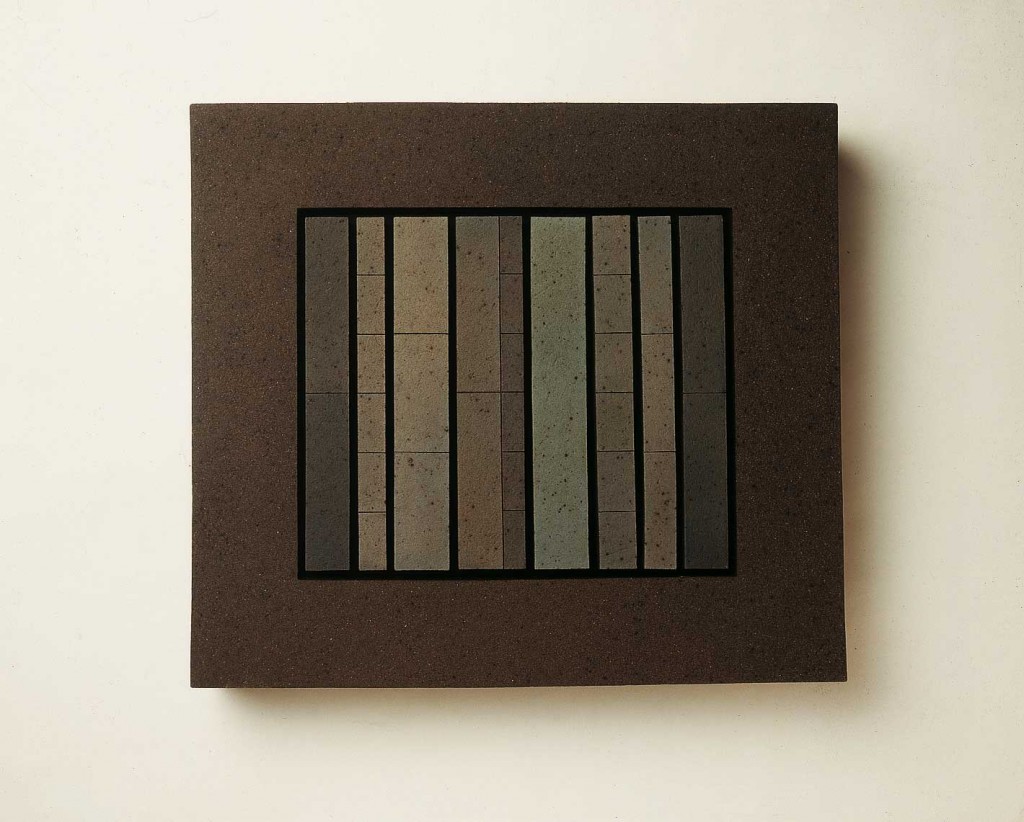 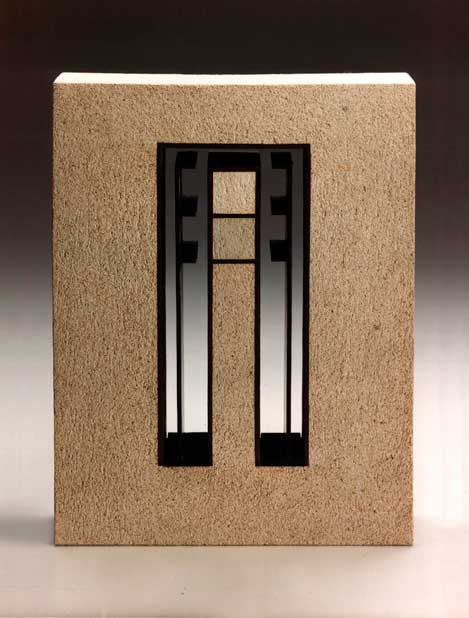 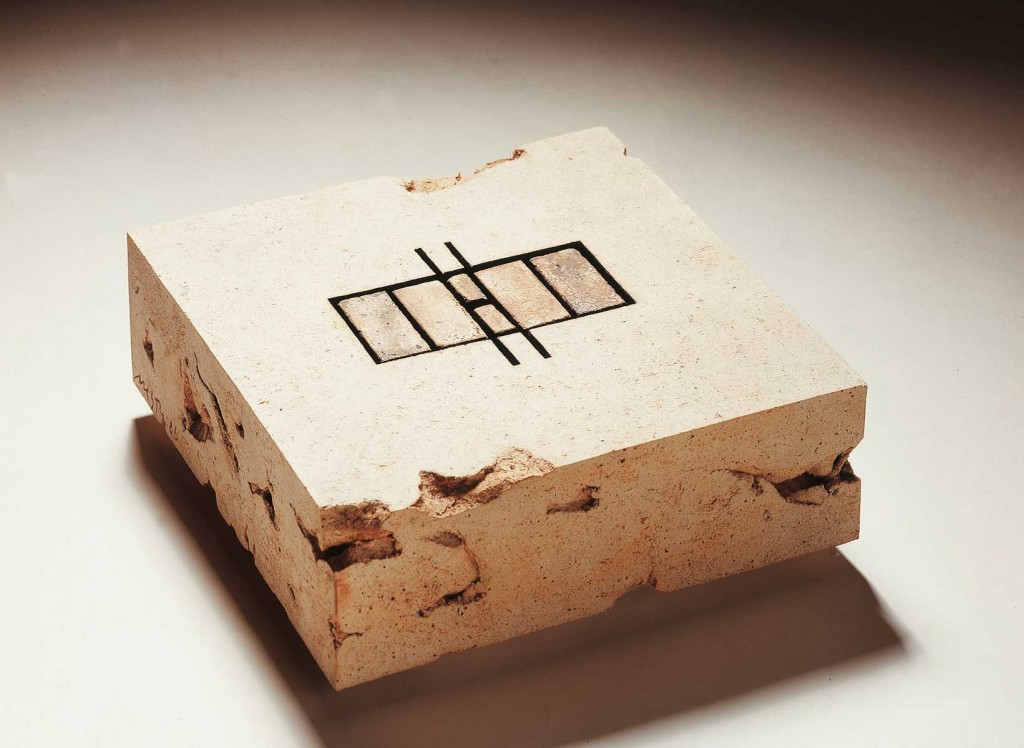 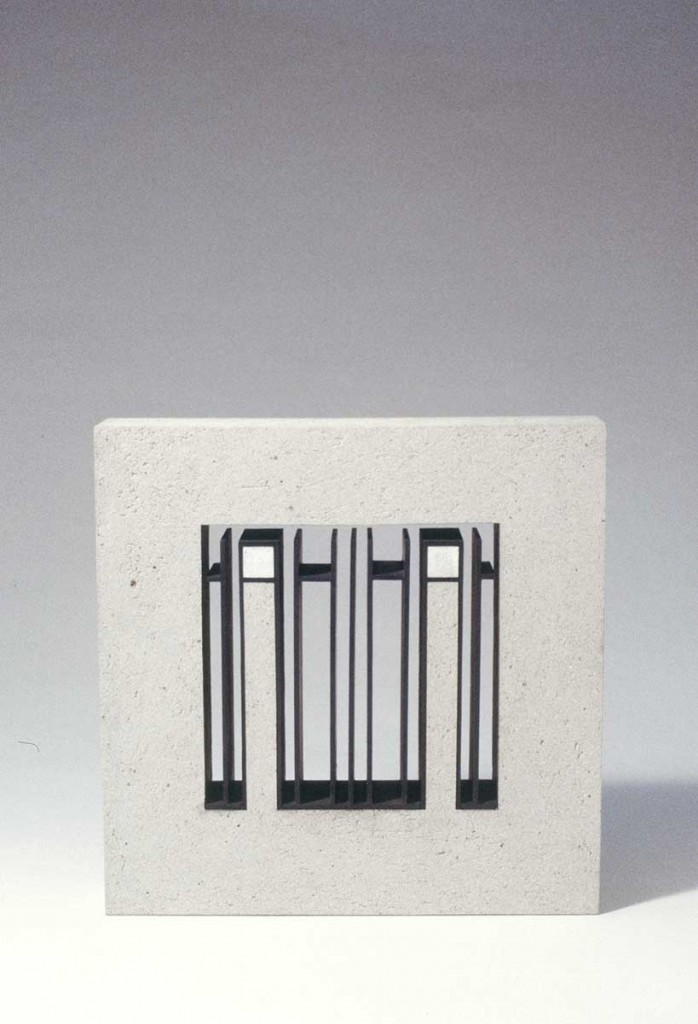 Thus in his steles —flat pieces, delineated on two identical perspectives— there is a tense fusion of sculptural and plastic media. And with this, a predominant inclination is shown that can still be seen in the ever-changing formal solutions that Mestre prefers. The principal sides of his steles, subjected to a strict geometric system, are structured through narrow transversal slits, wide or compressed straight lines. In his installations —almost always symmetrical— vertical configurations predominate over horizontal ones. 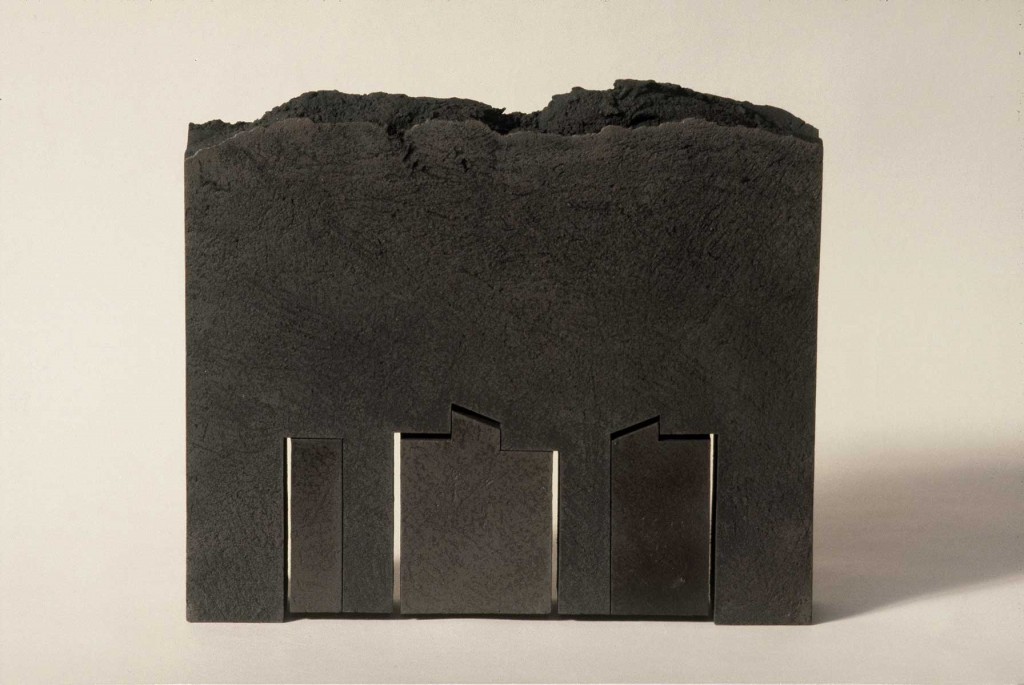 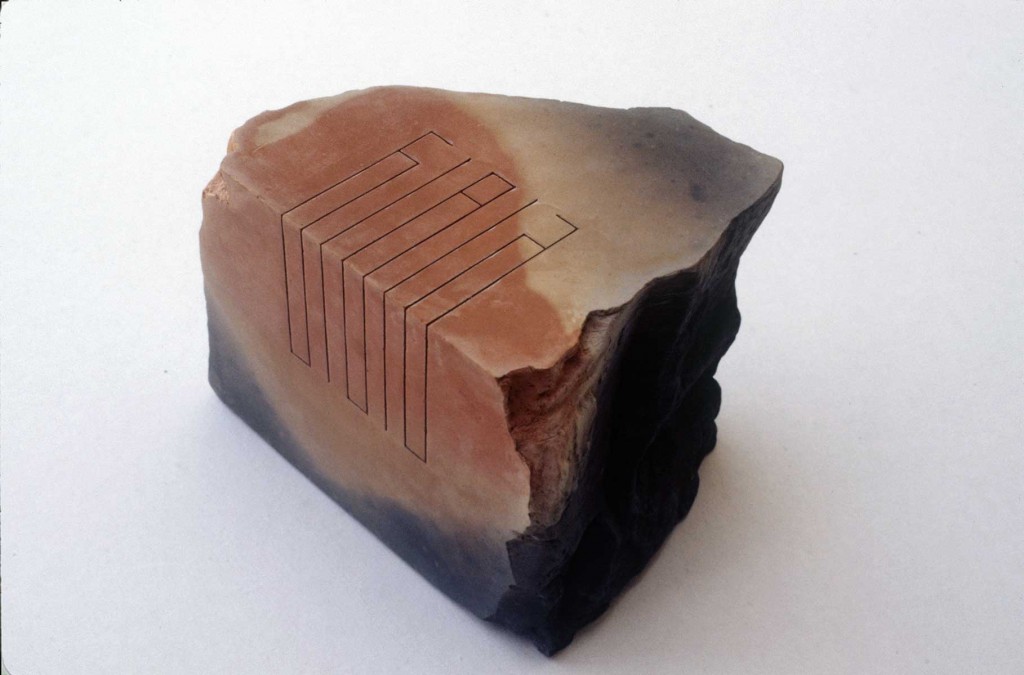 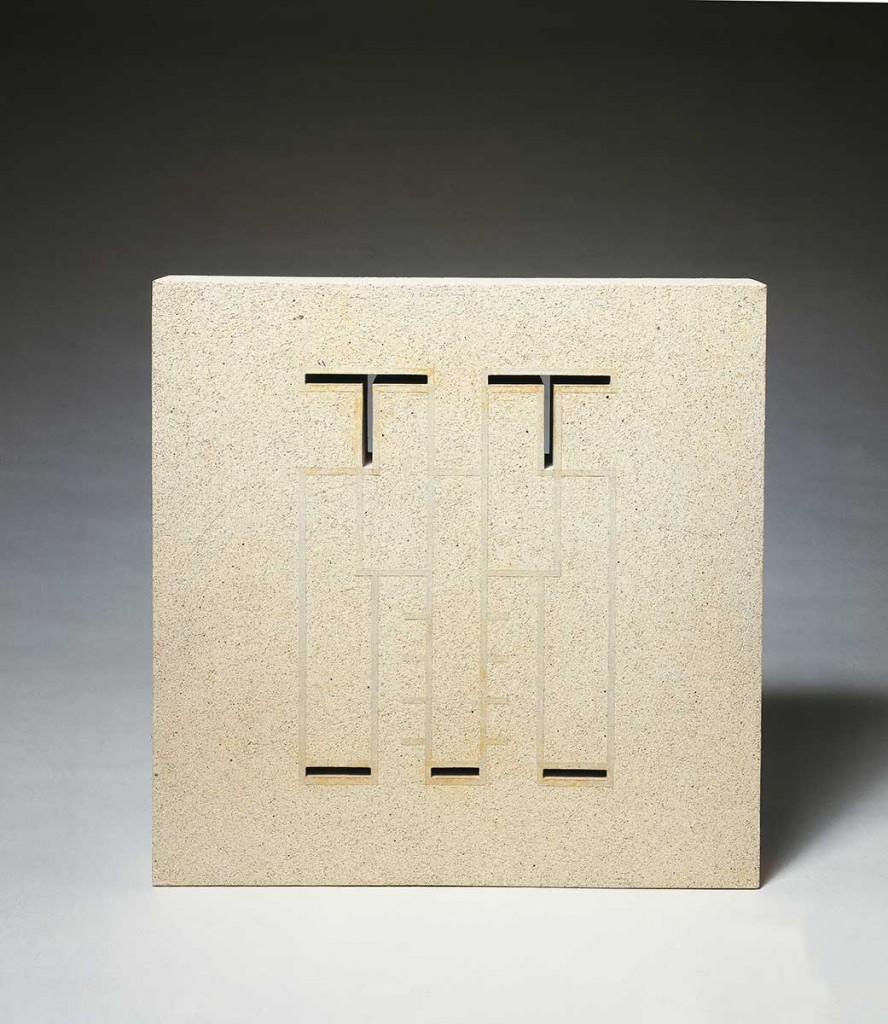 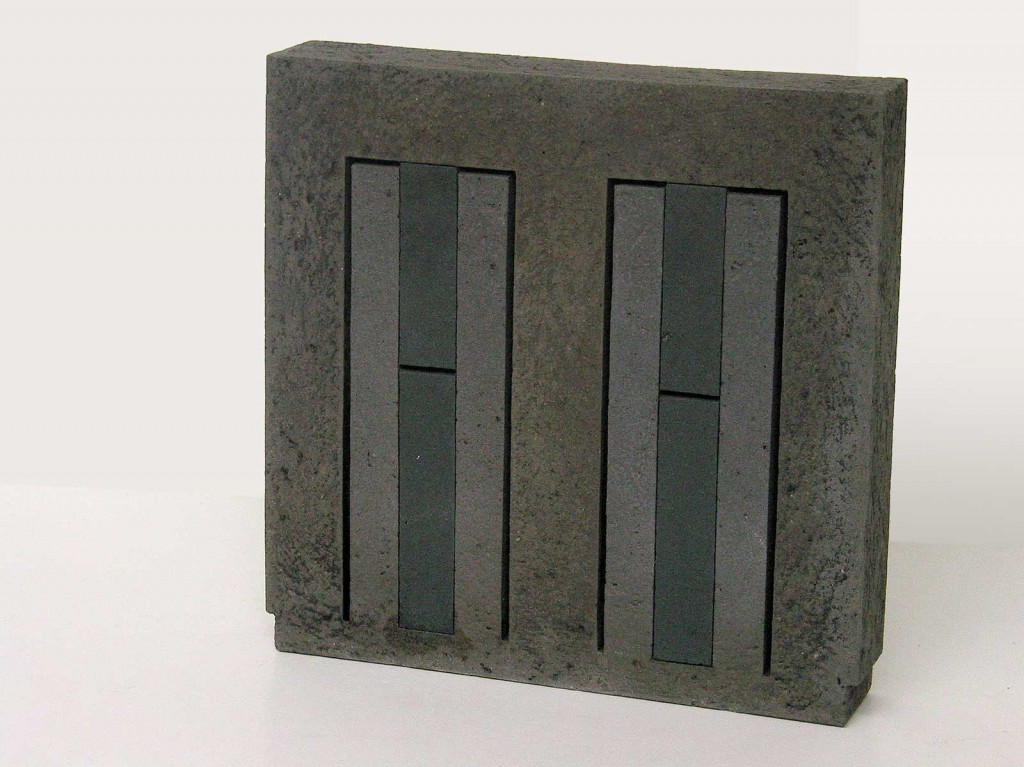 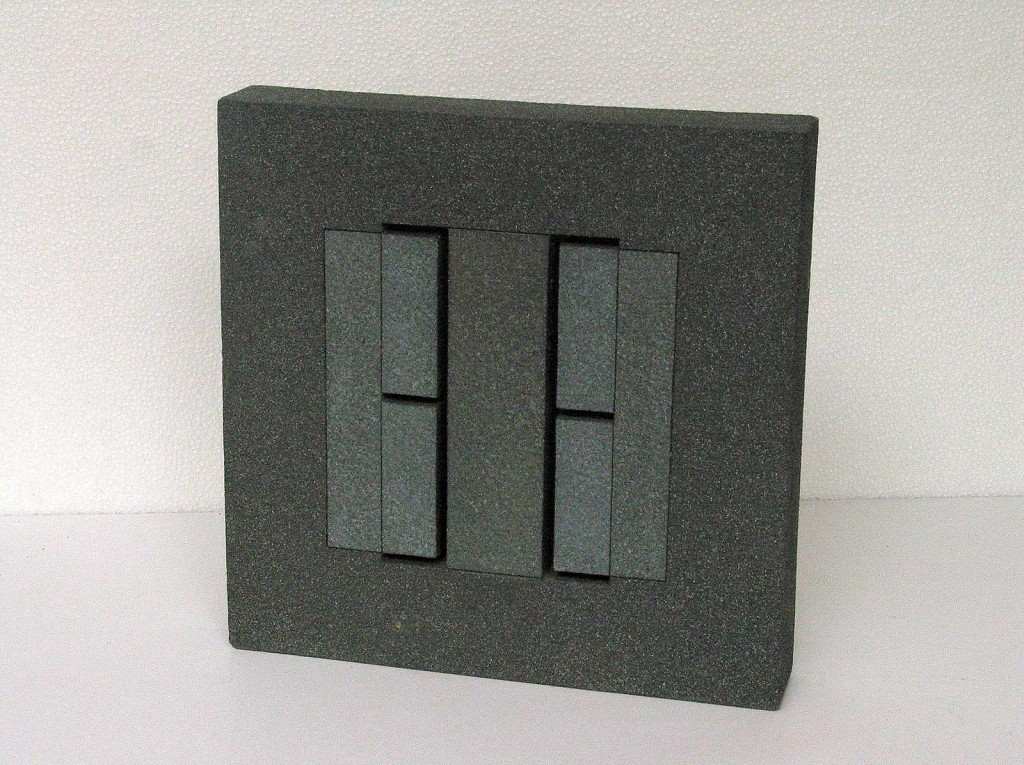 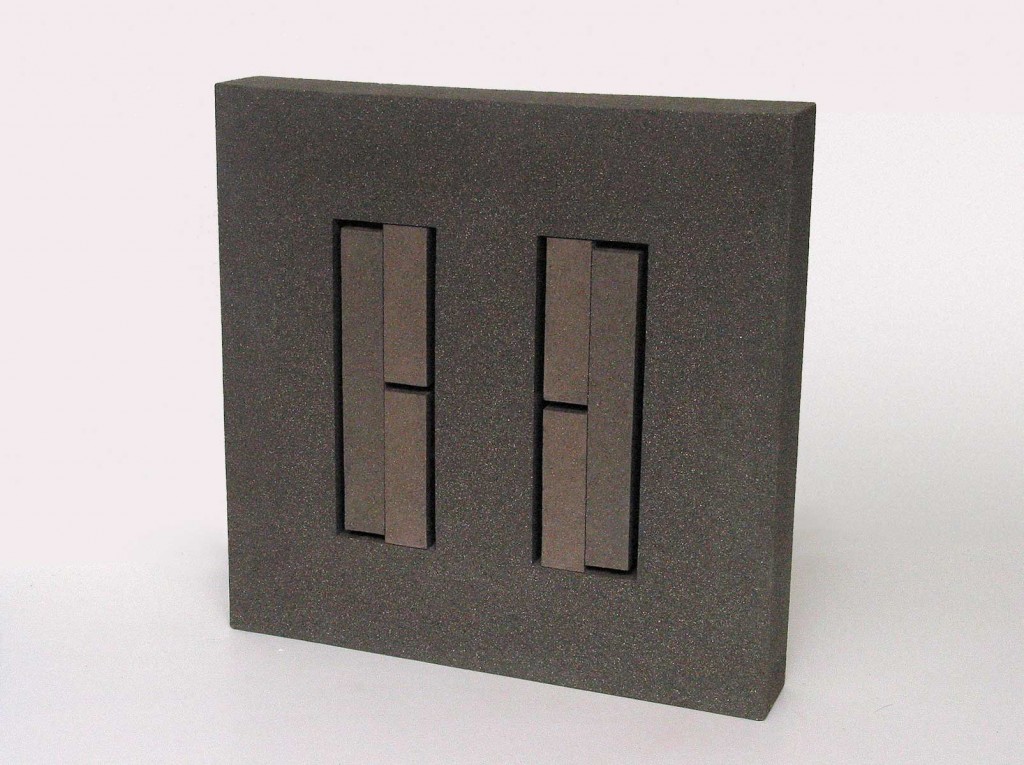 In the steles brings together all the elements of the composition in a vertical axis as the ideal center. This is what makes his pieces so peaceful and harmonious. His works achieve a spiritual dimension through the effective use of light and shadow as compositional elements, whose plasticity alludes to an increasingly purist, synthetic type of sculpture. 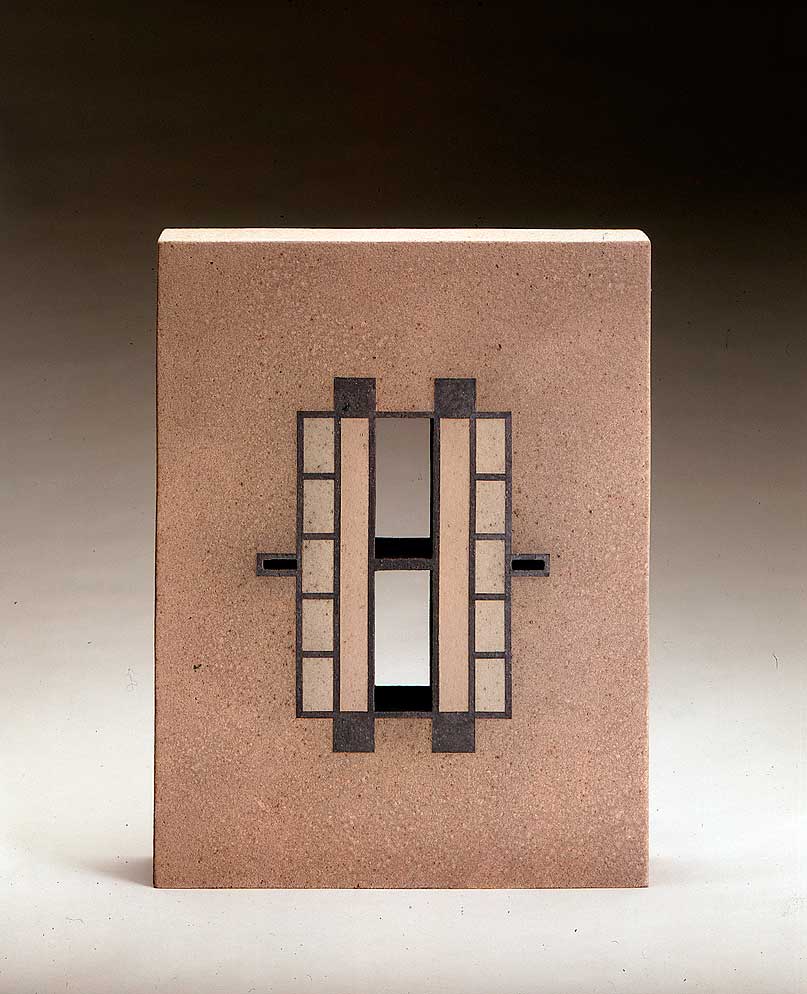 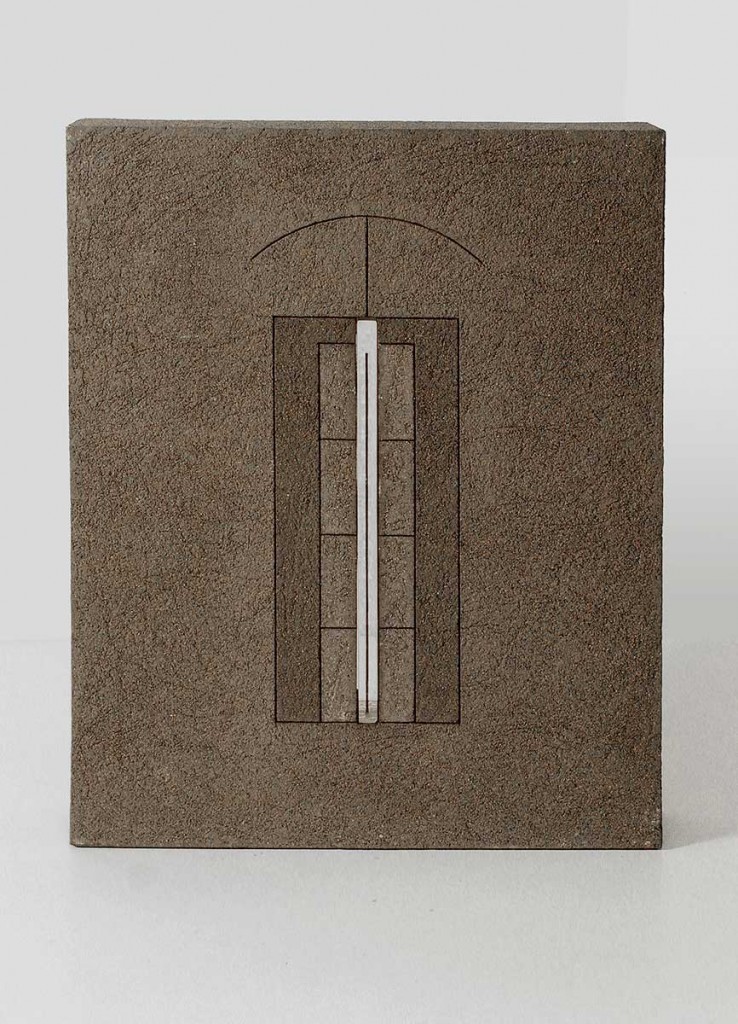 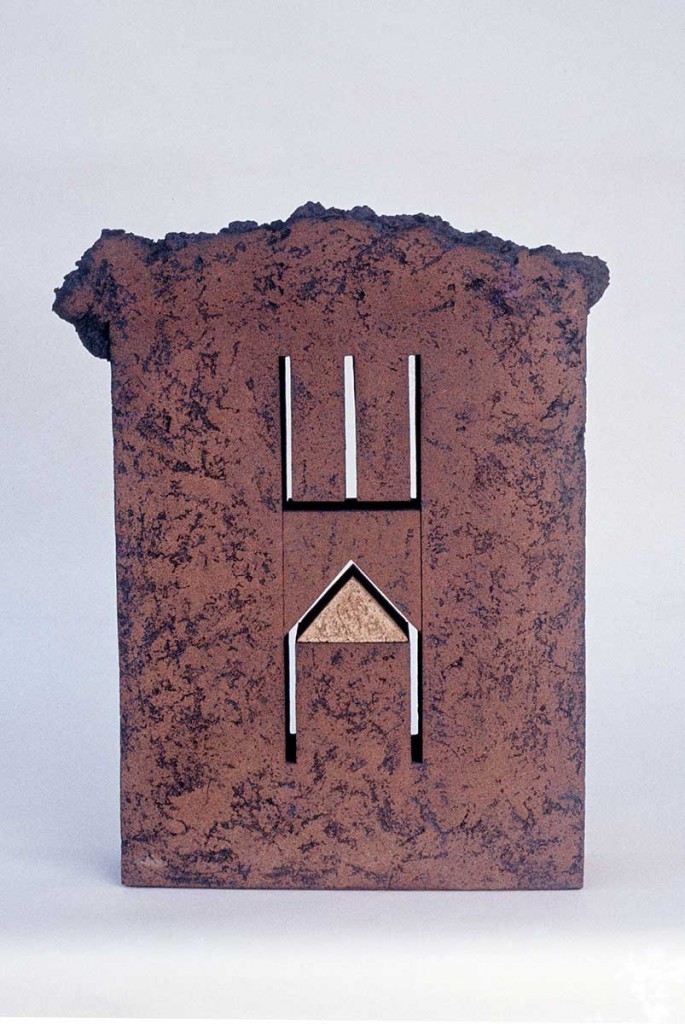 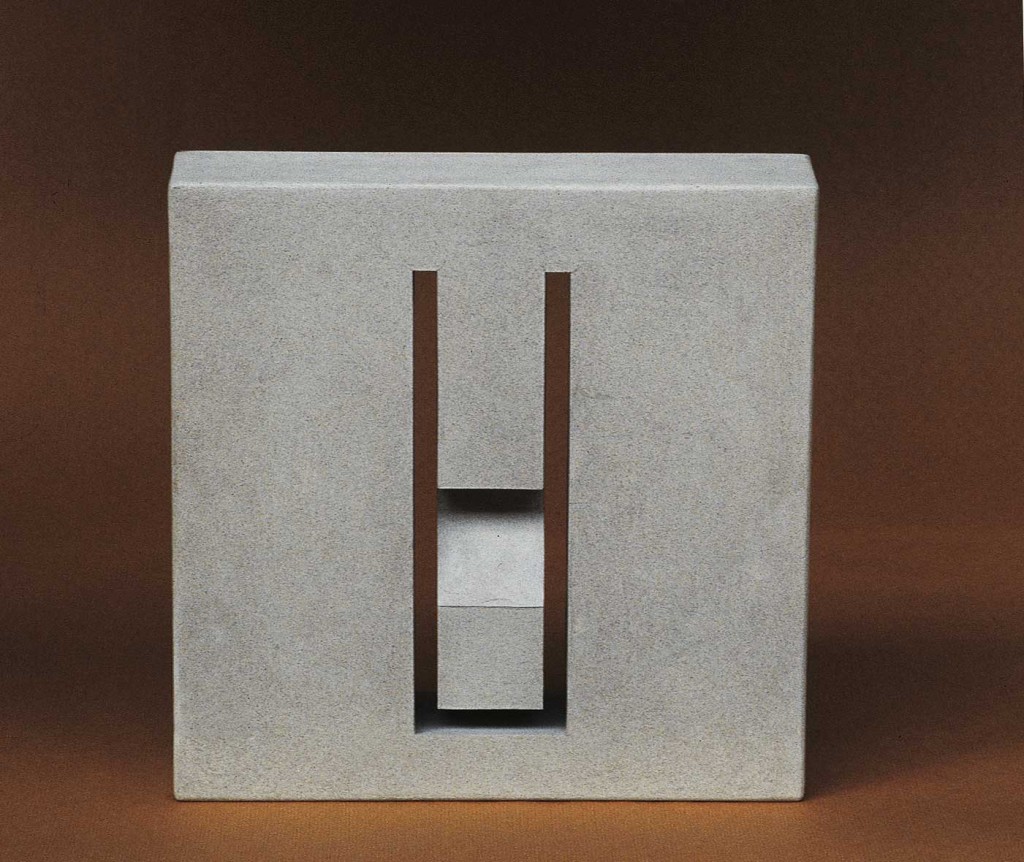 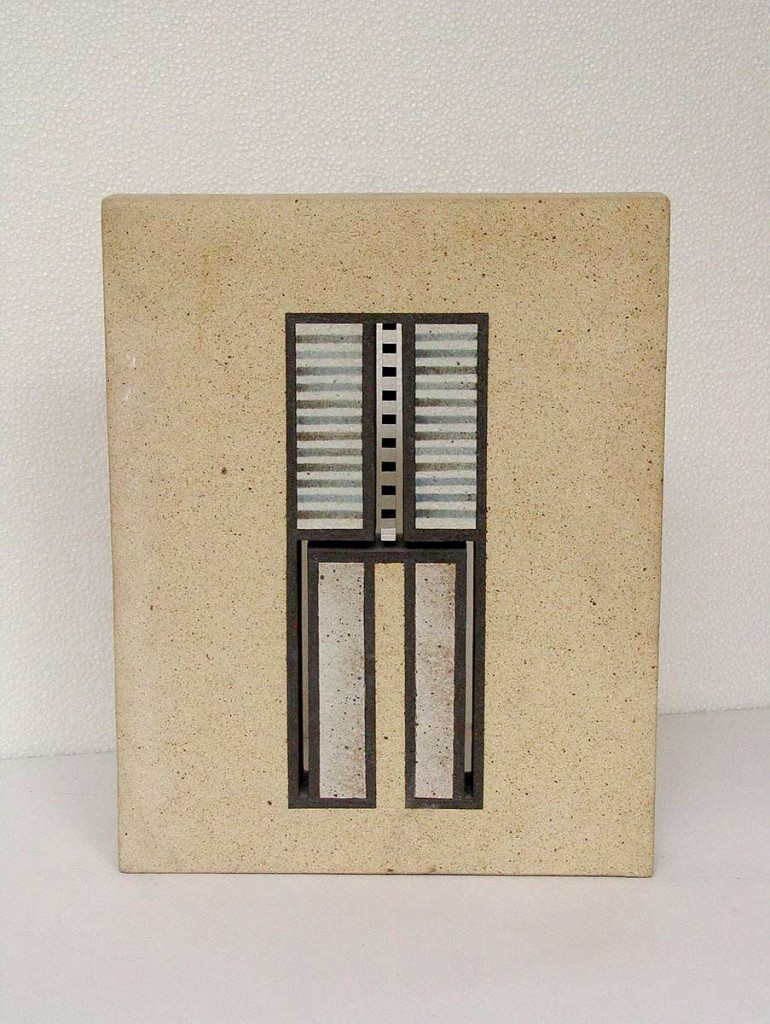 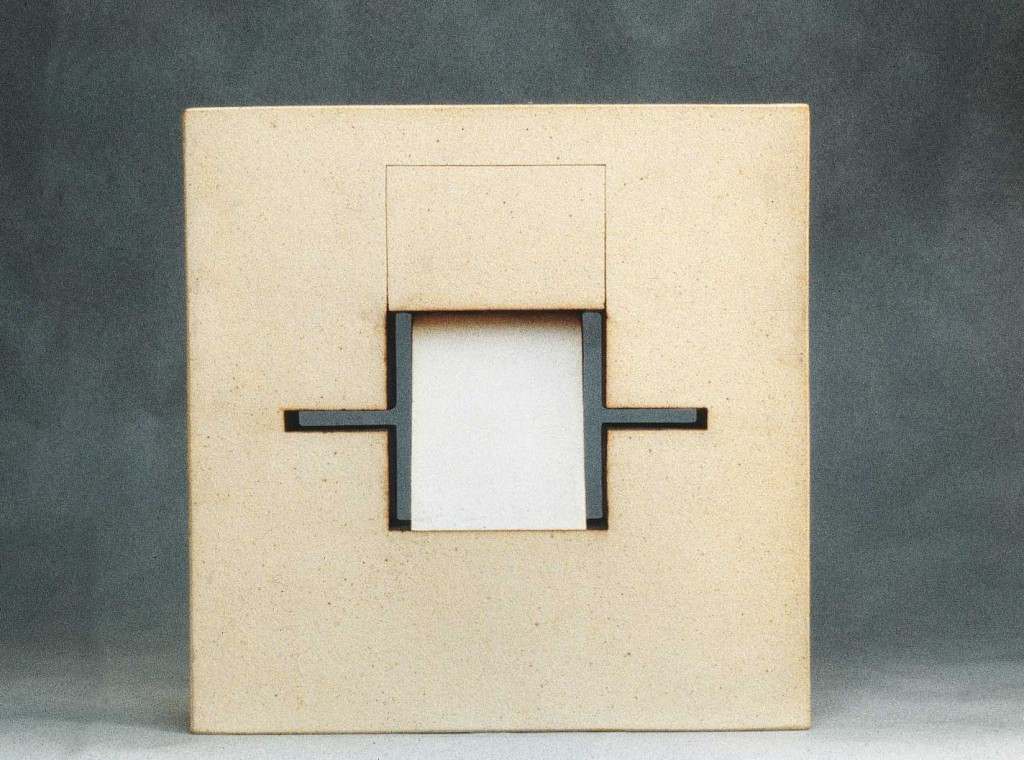 He began to erect stele, piercing them to give transparency to their willed opacity. Little by little these began to take the shape of buildings, their black engobes giving them a sacred dimension. In this way he creates small-scale architectures with an intensity that invests them with monumental dimensions. 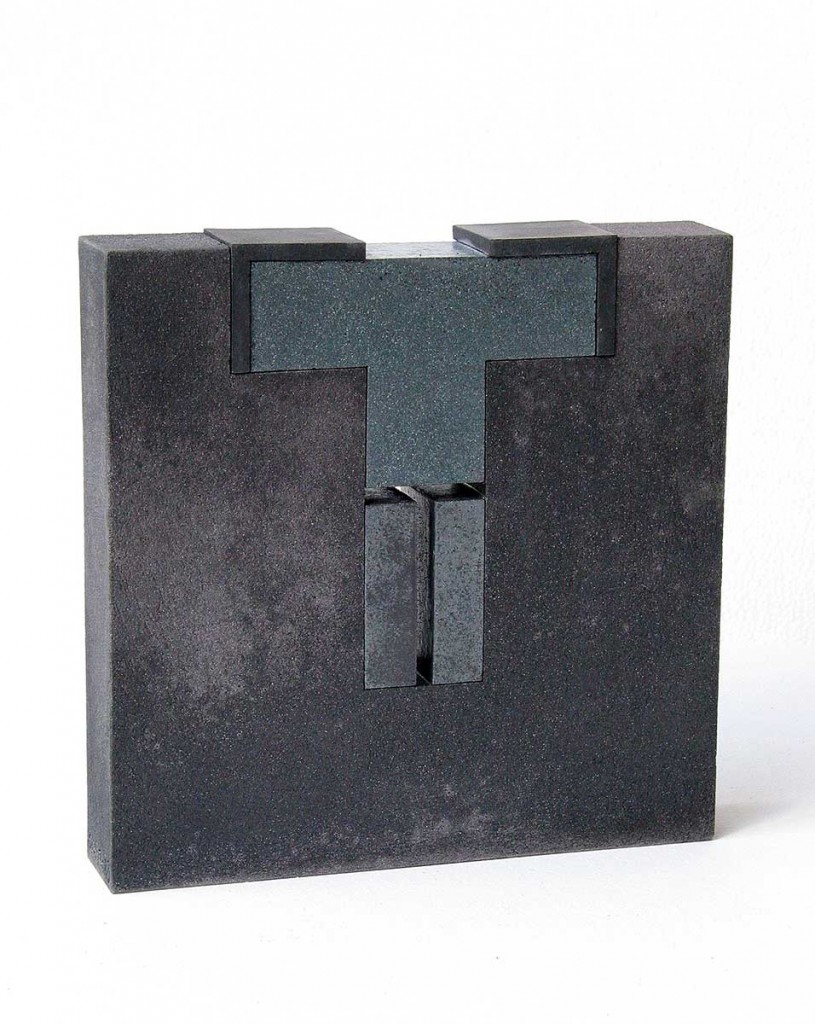 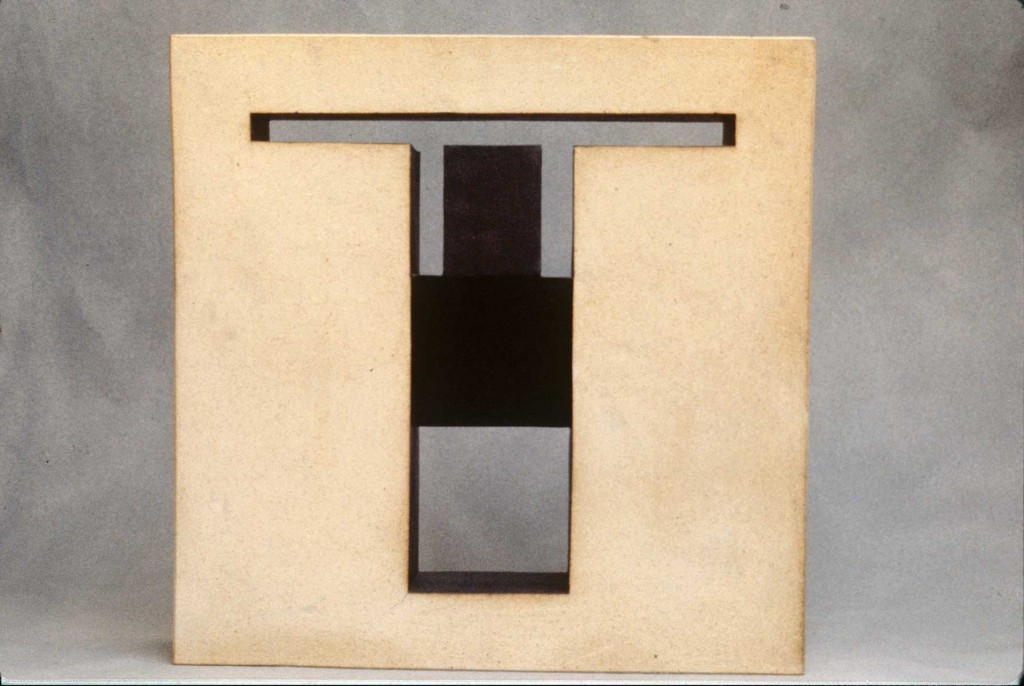 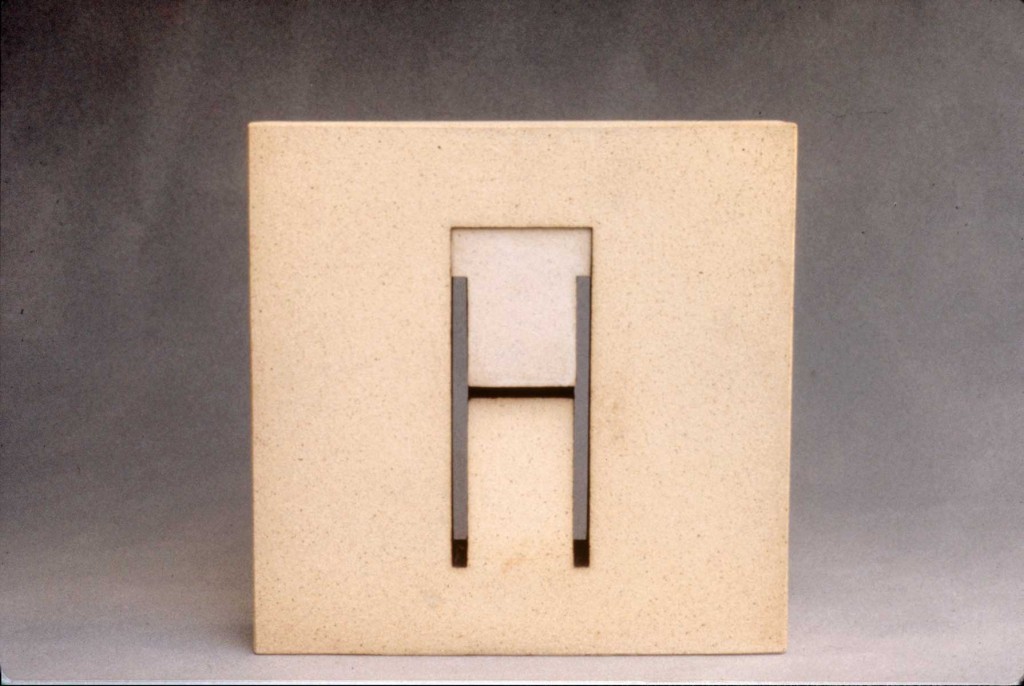 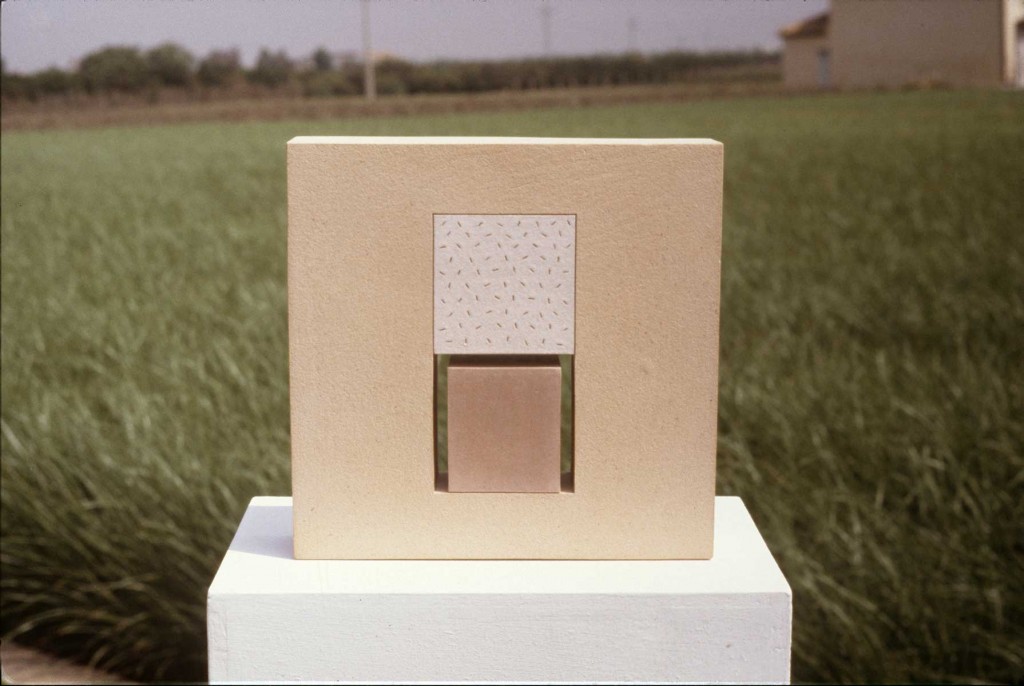 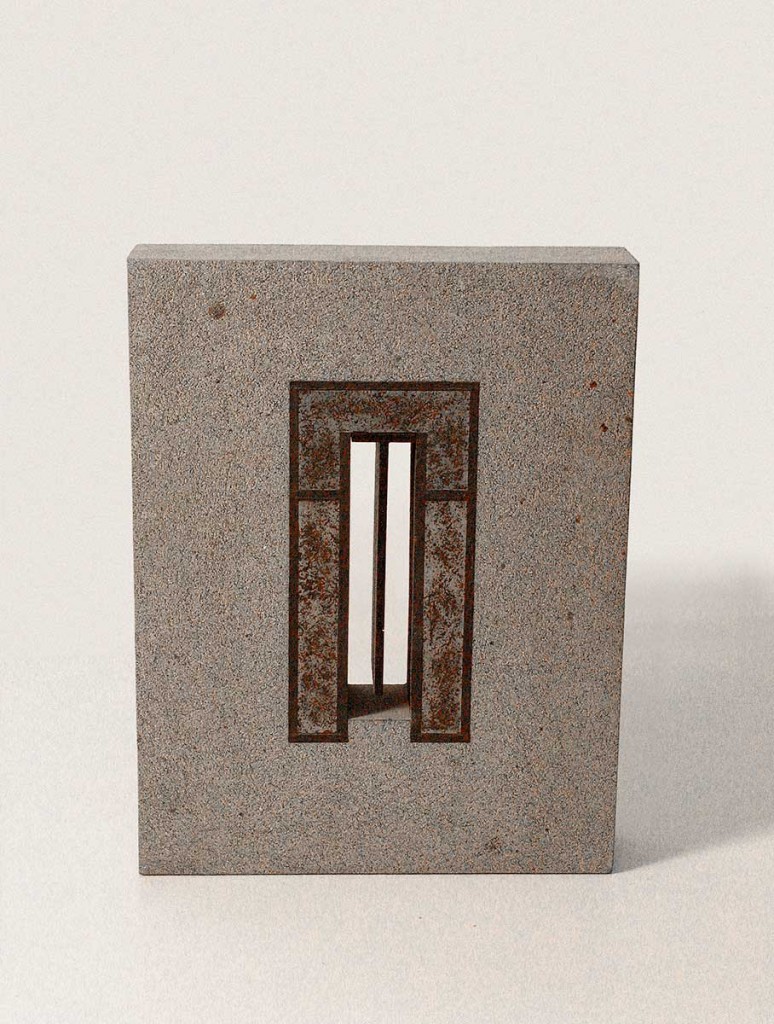