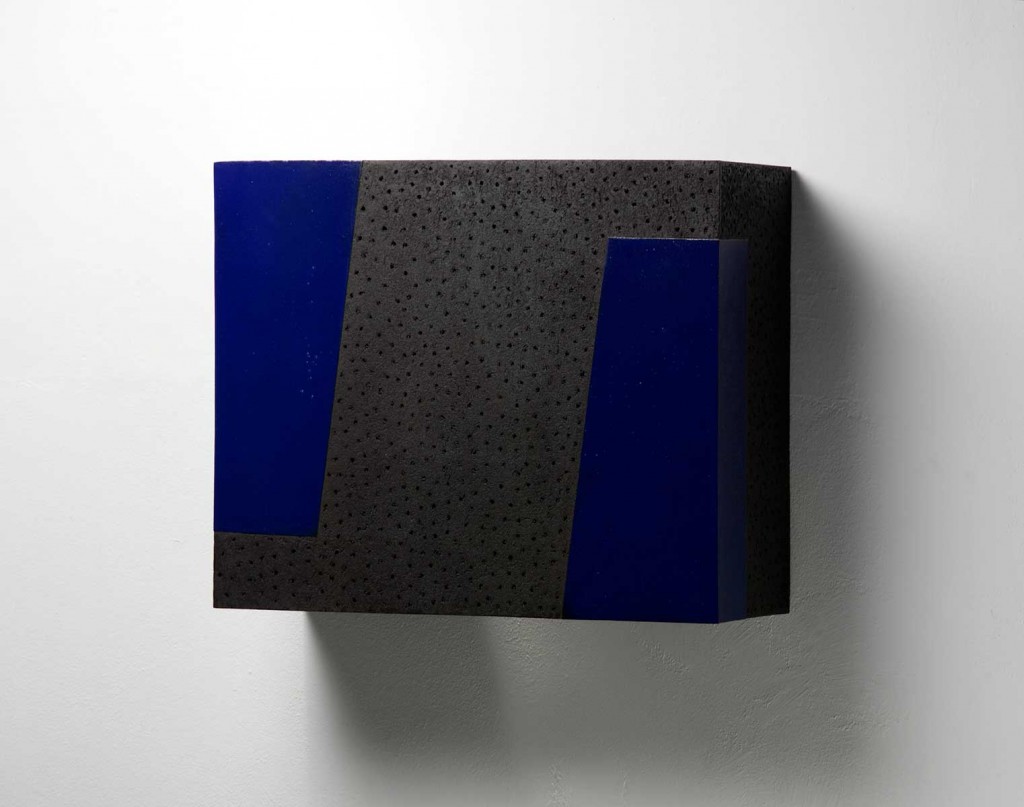 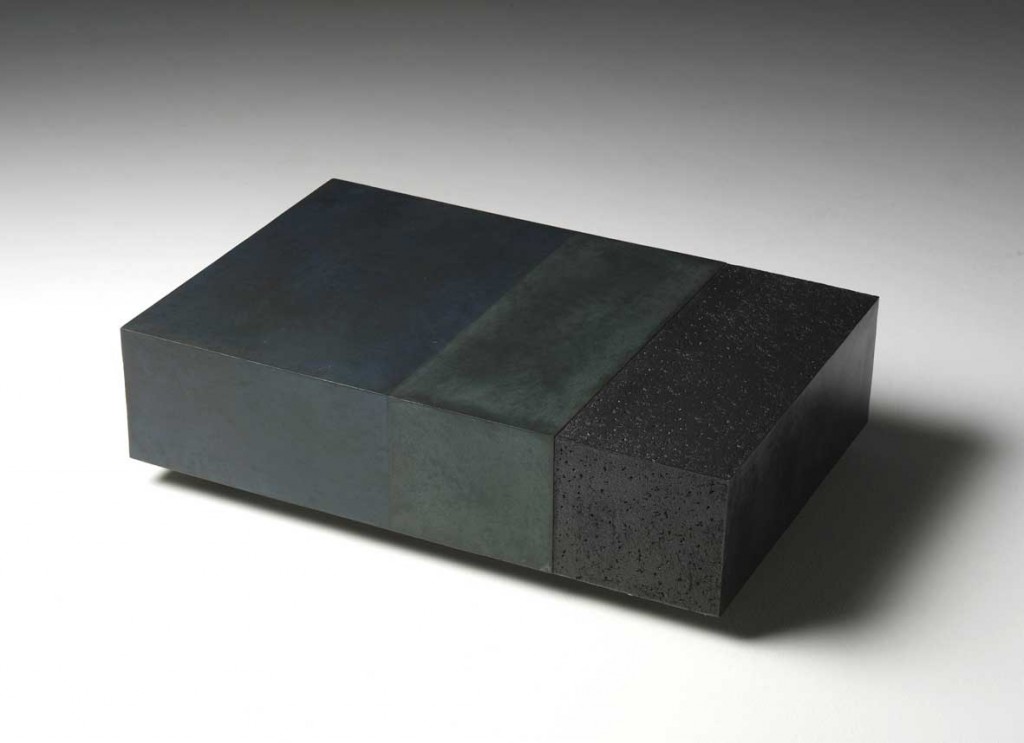 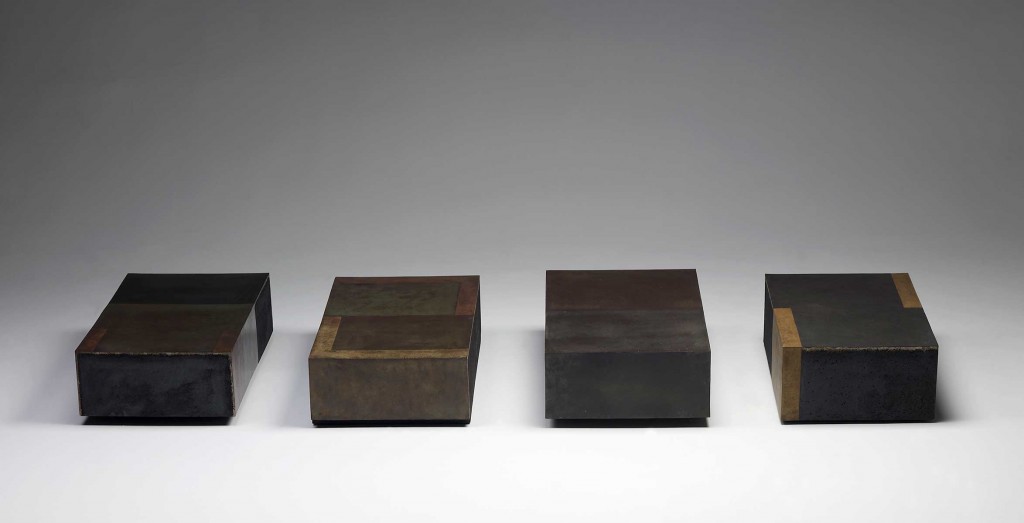 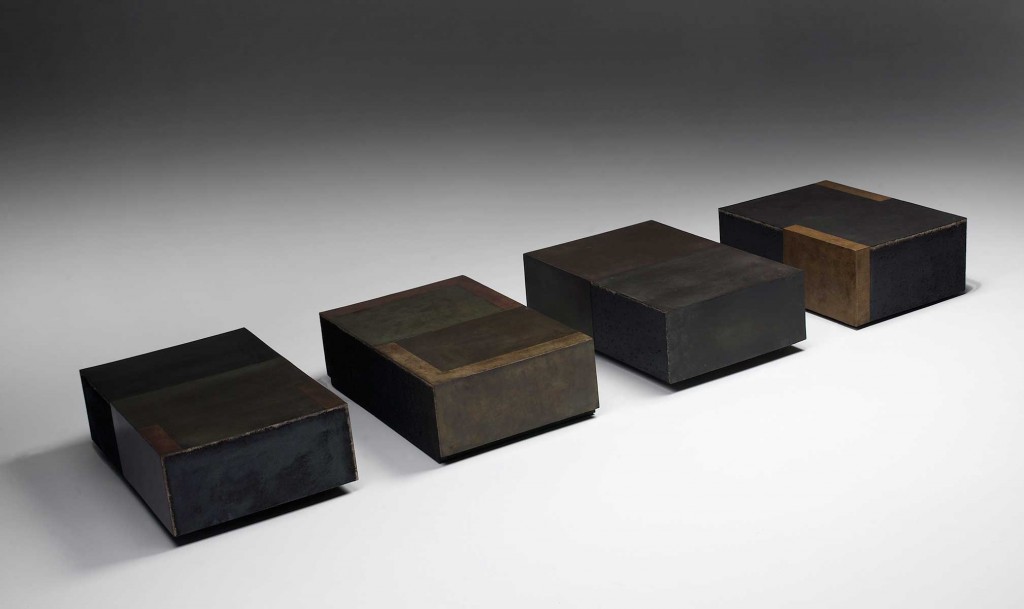 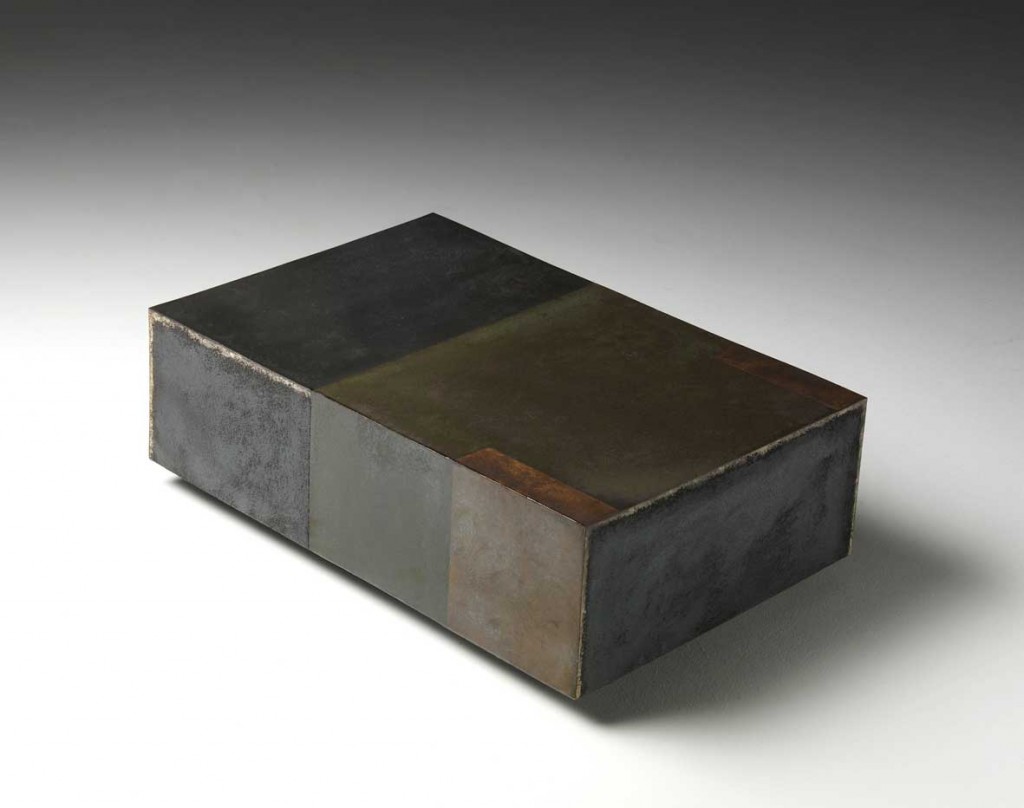 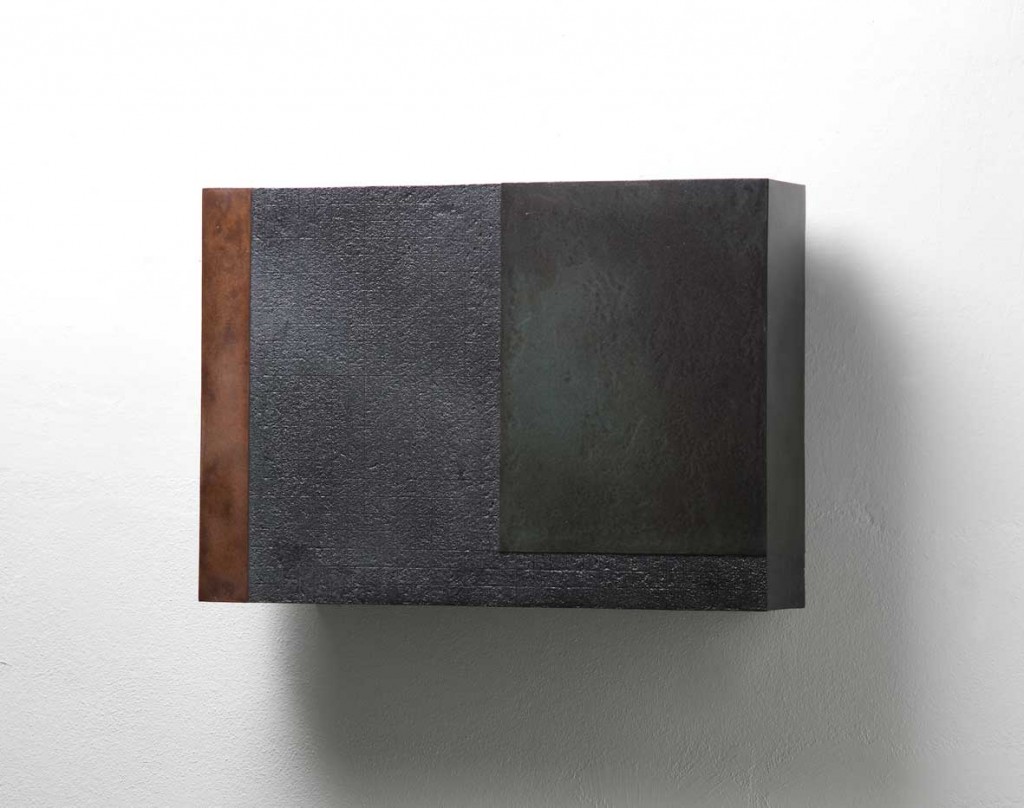 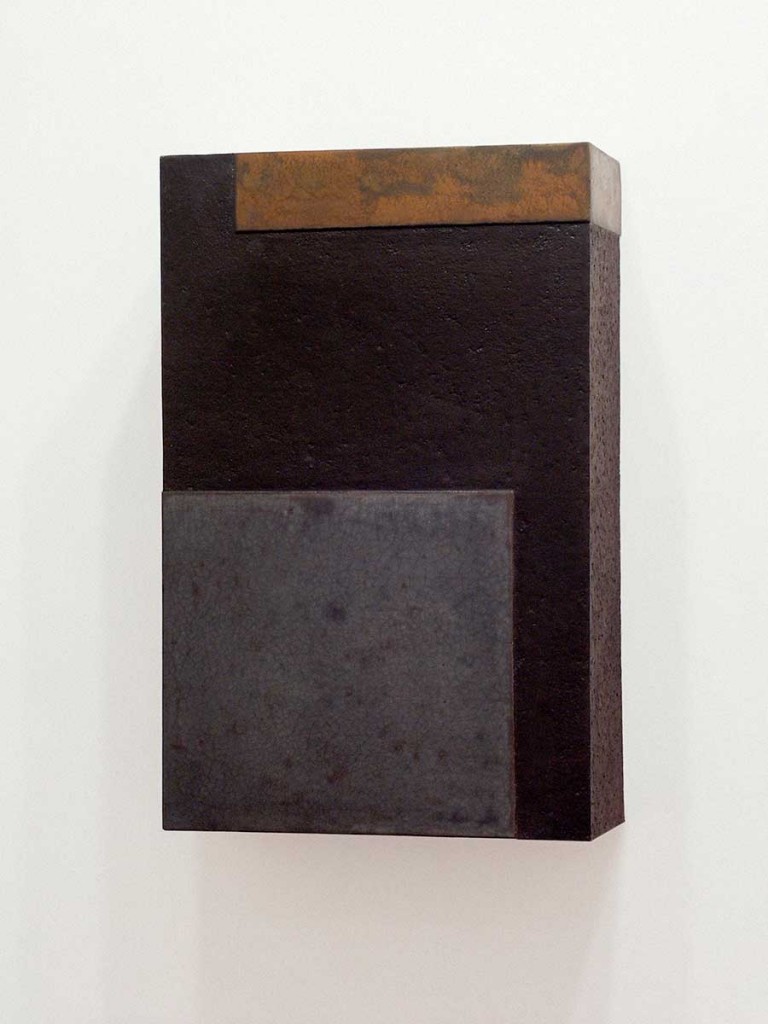 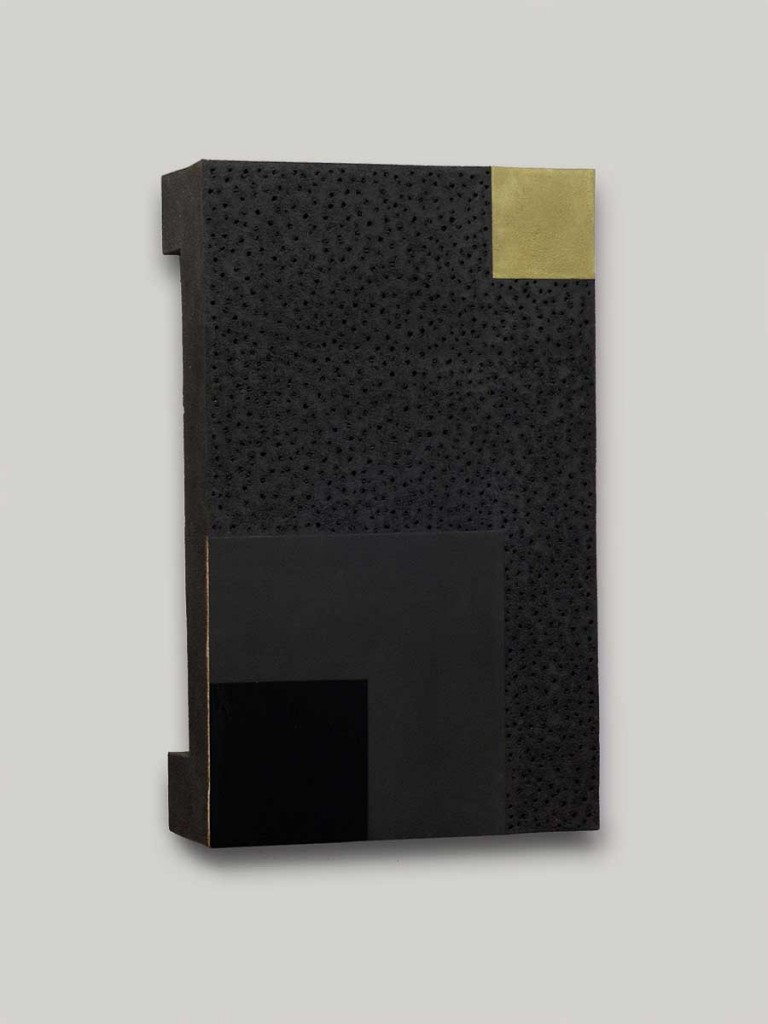 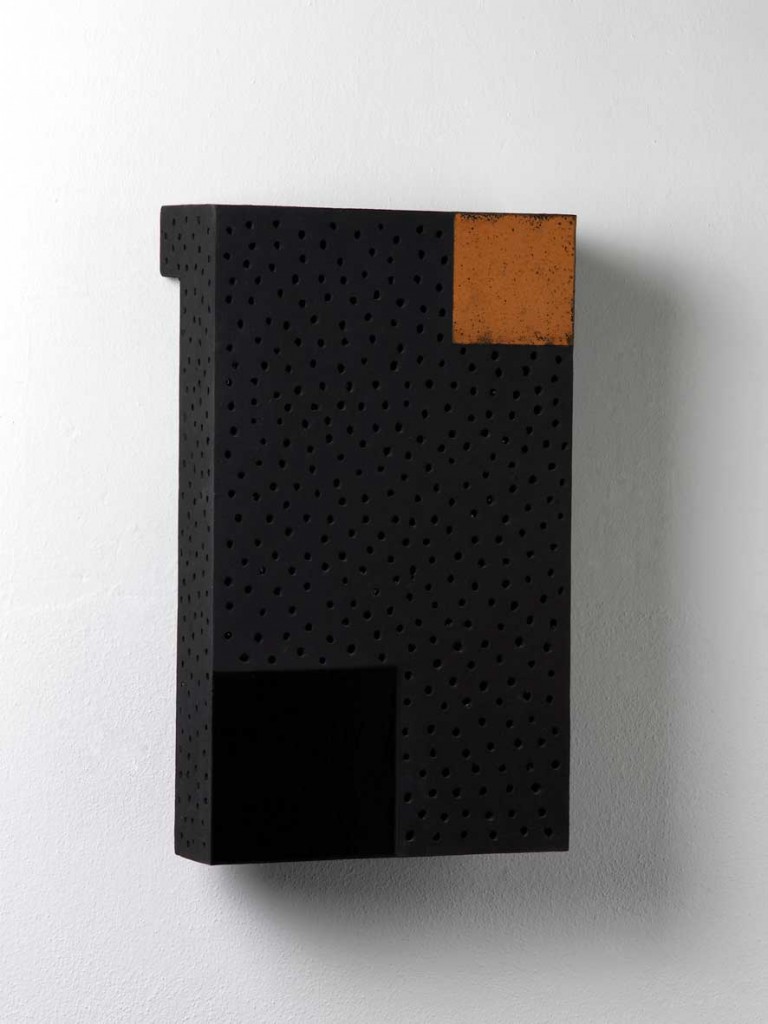 Often, these pieces by Enric Mestre also show a partial articulation of certain open interior spaces: steps that descend into and penetrate these private areas, blocked-off by the real enclosure which at some point they end up forming. But these interior walls and volumes —which we happen to explore perceptively from the outside— are completely orthogonal and smooth, compared with the soft mobility of the dark sand left there randomly when it fell to the floor, serving as an effective contrast to the expressiveness sought. 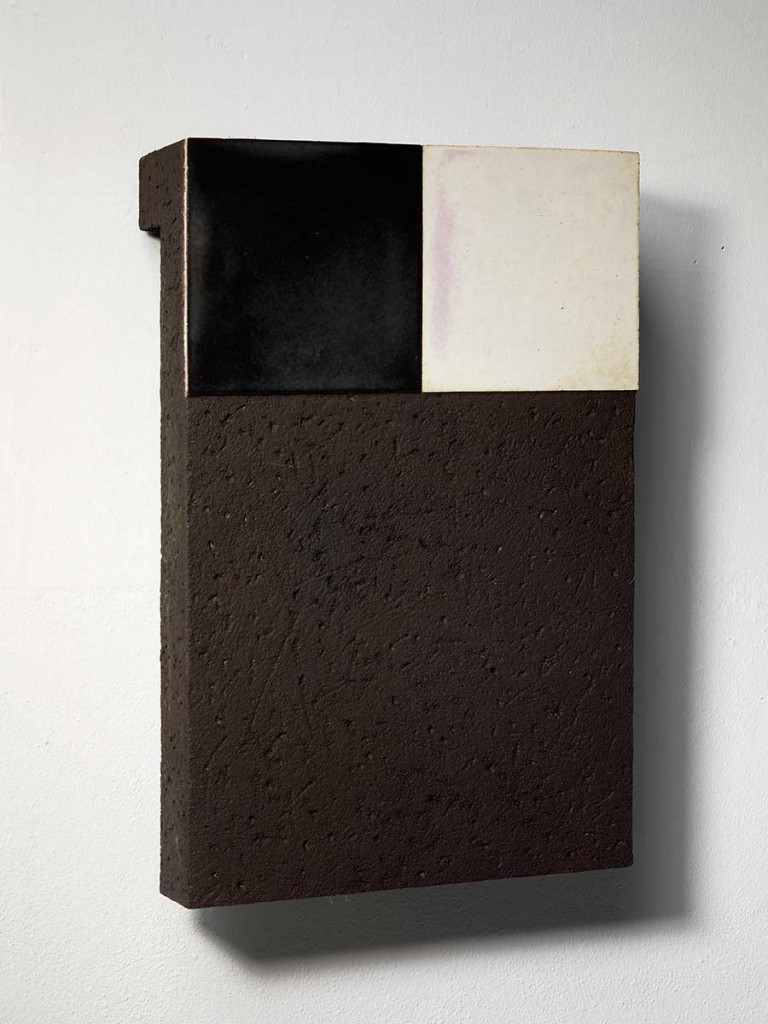 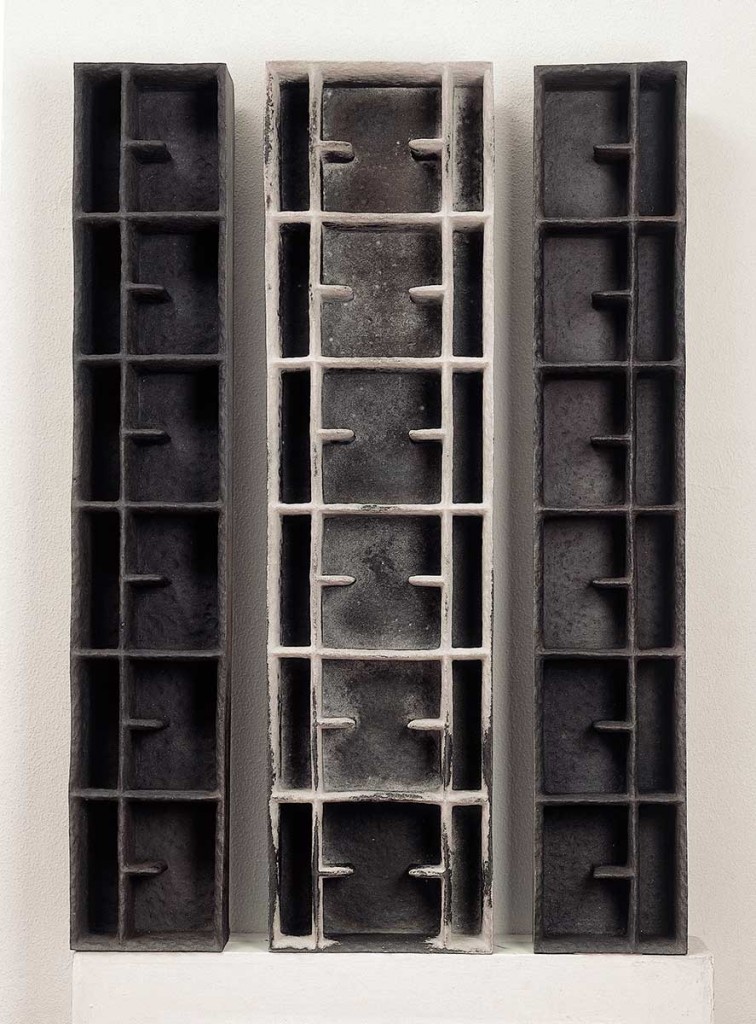 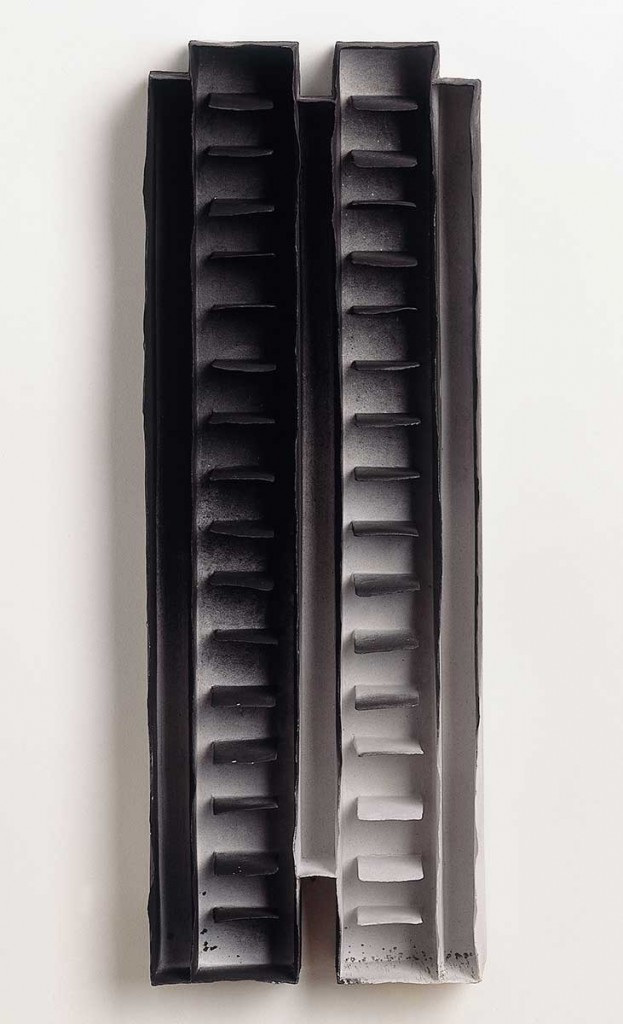 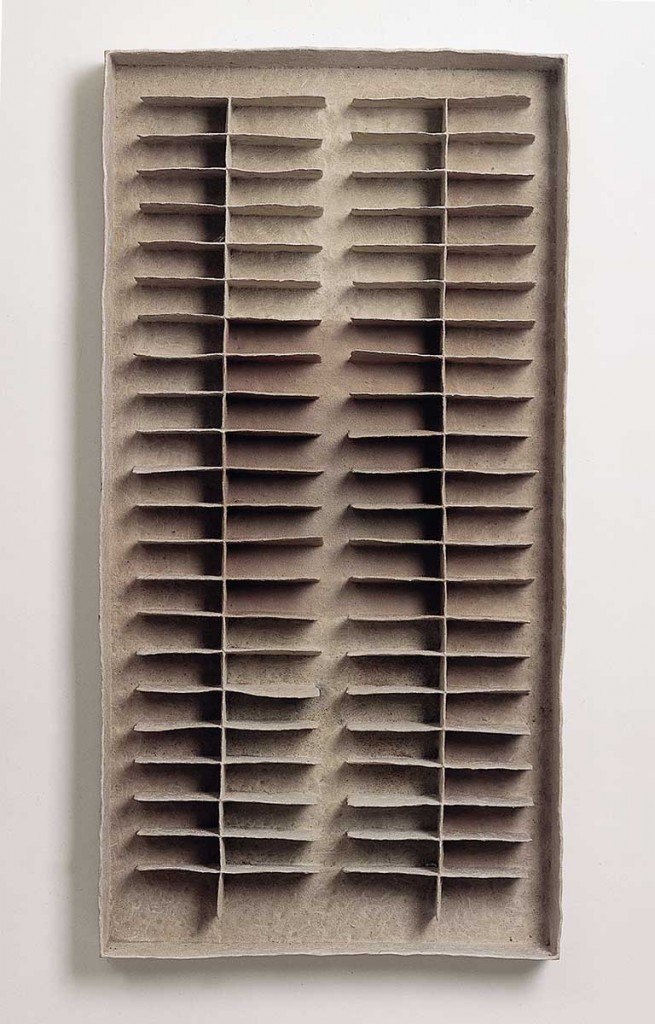 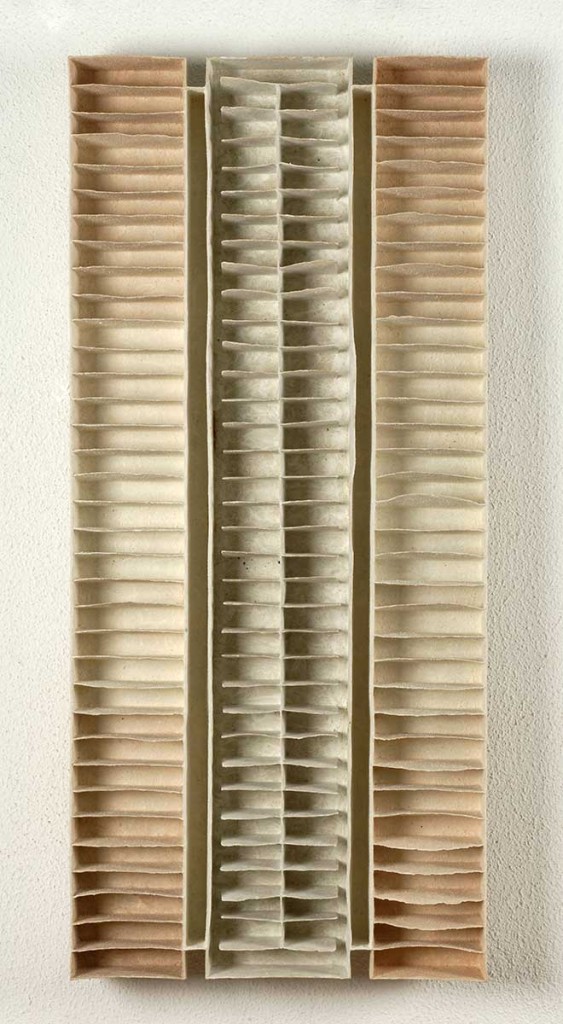 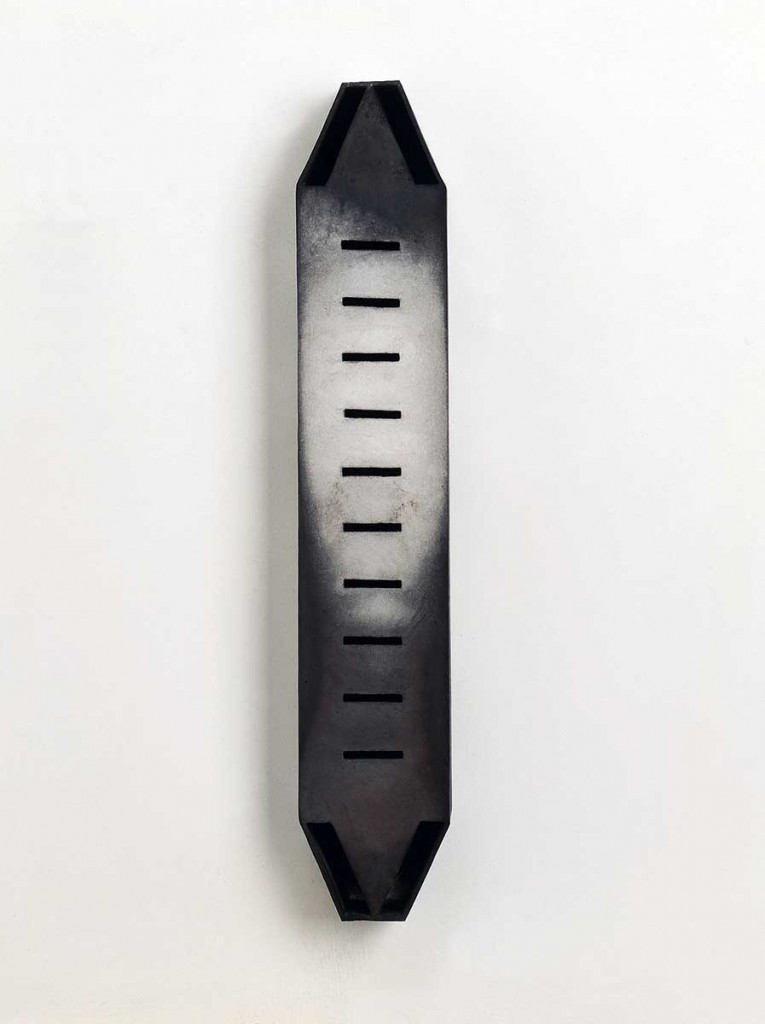 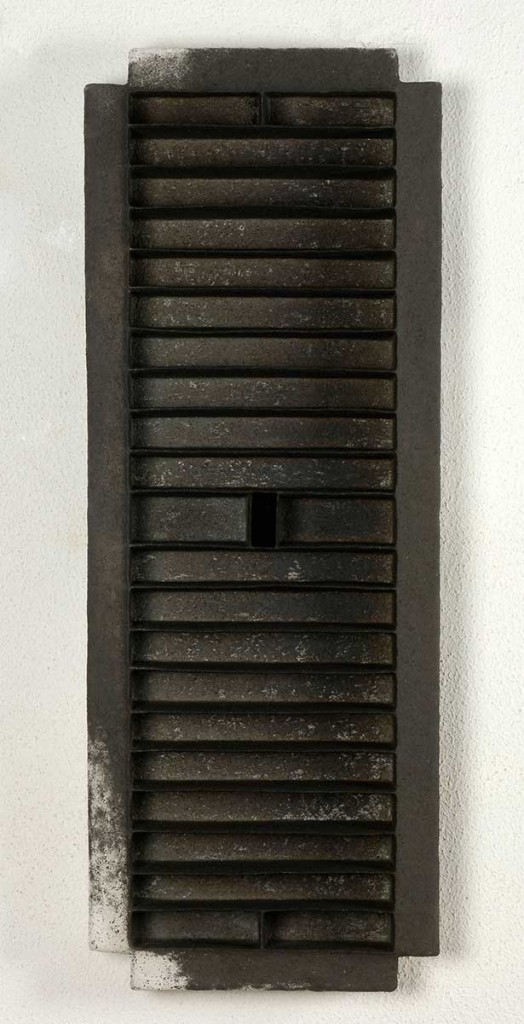 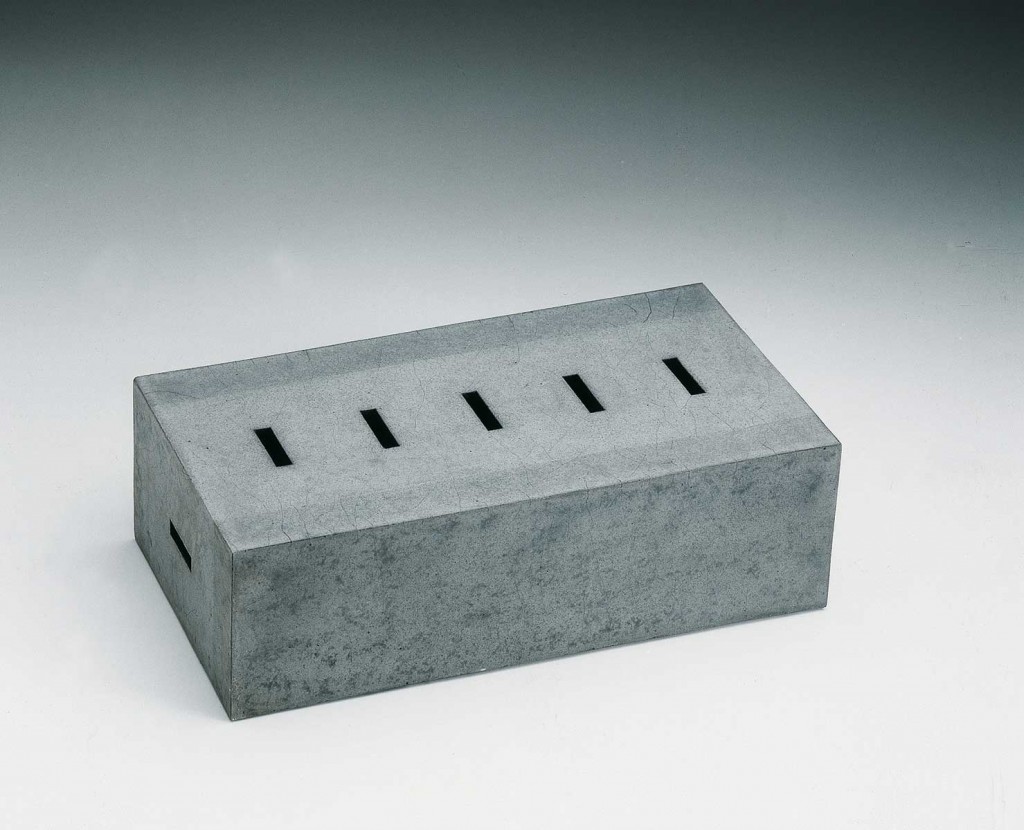 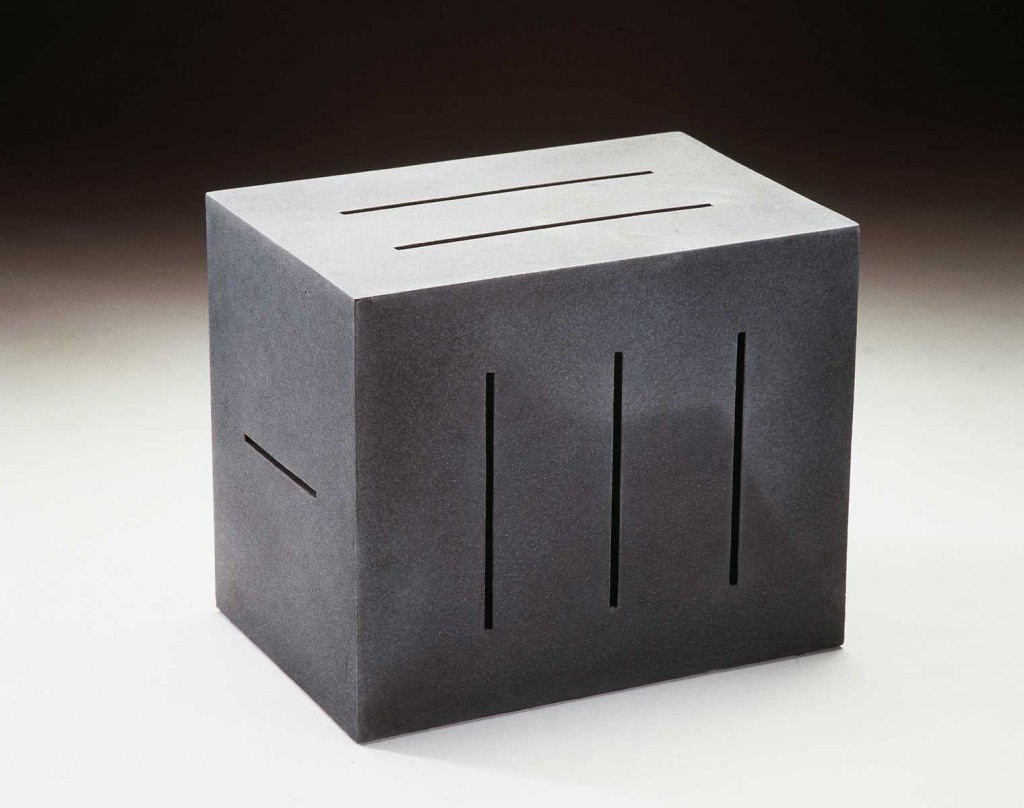 ...the source of the giant, enigmatic inscrutable blocks found in some of his pieces, always monumental, in which the evoked inner space for circulation, -which appears accessible via tiny, symmetrically-arranged square or rectangular openings, is in fact inaccessible, although it looks empty and dark to us, embodying vague, remote realms. 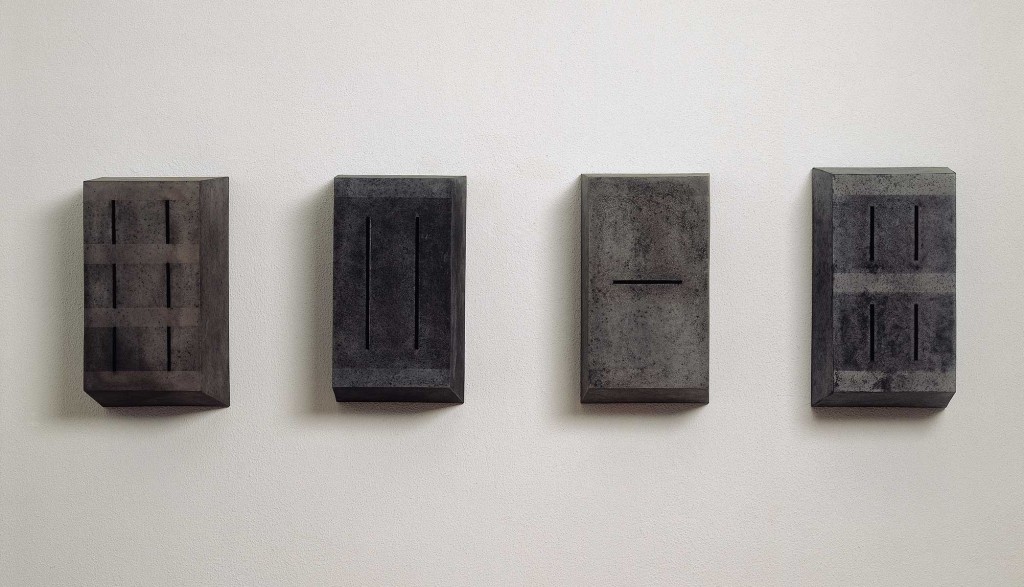 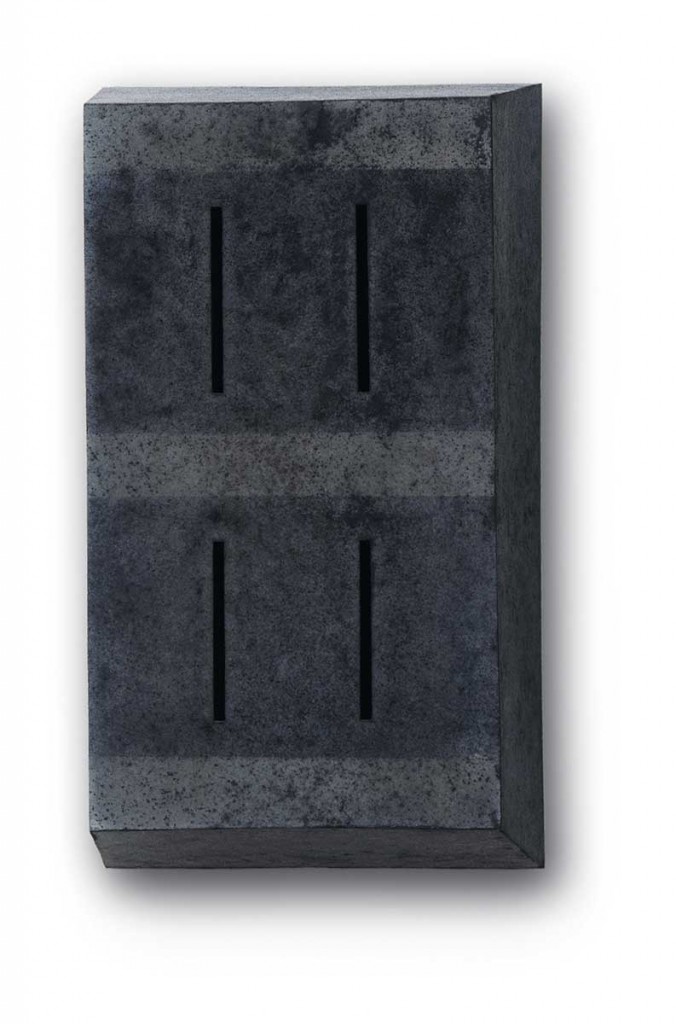 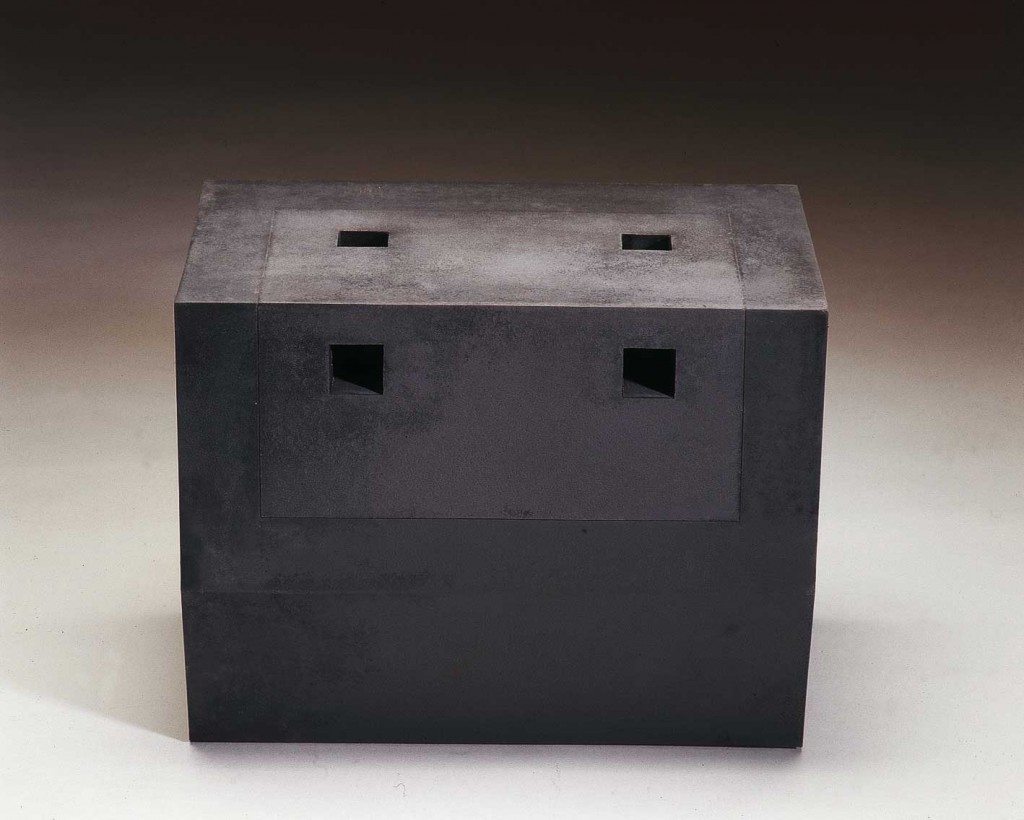 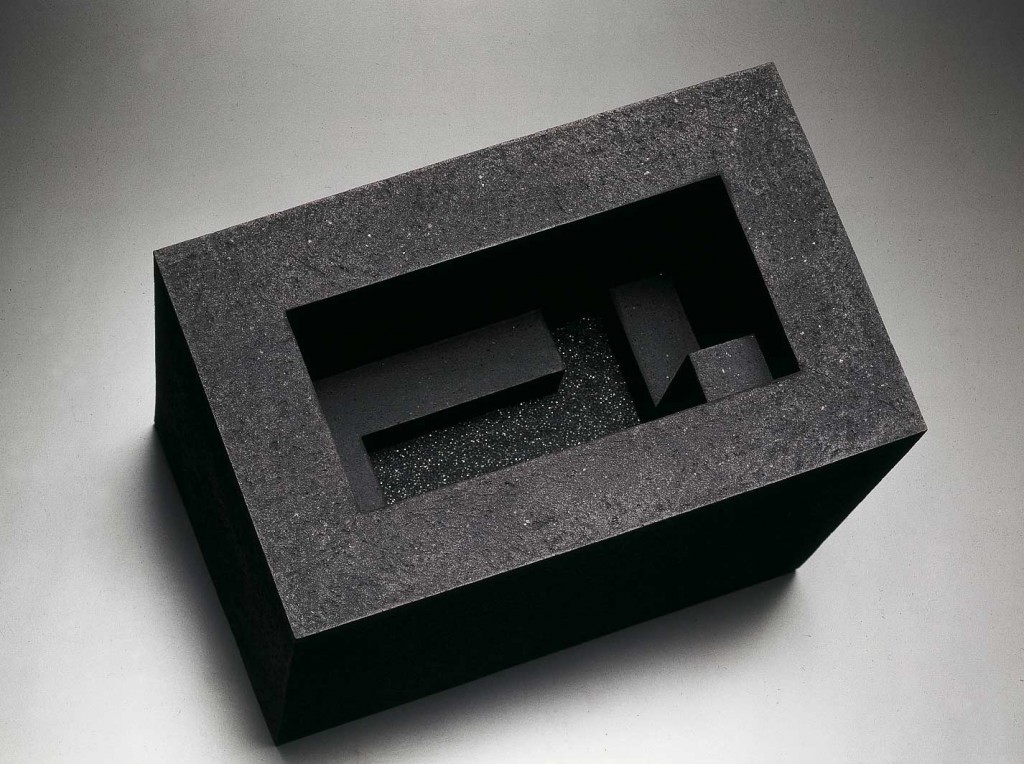 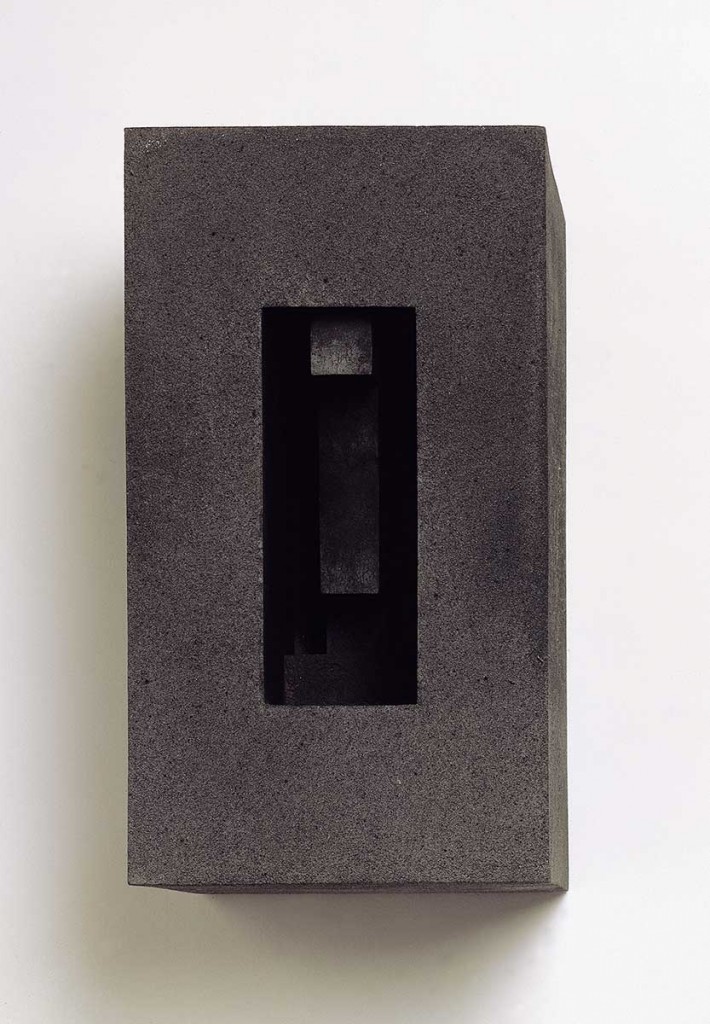 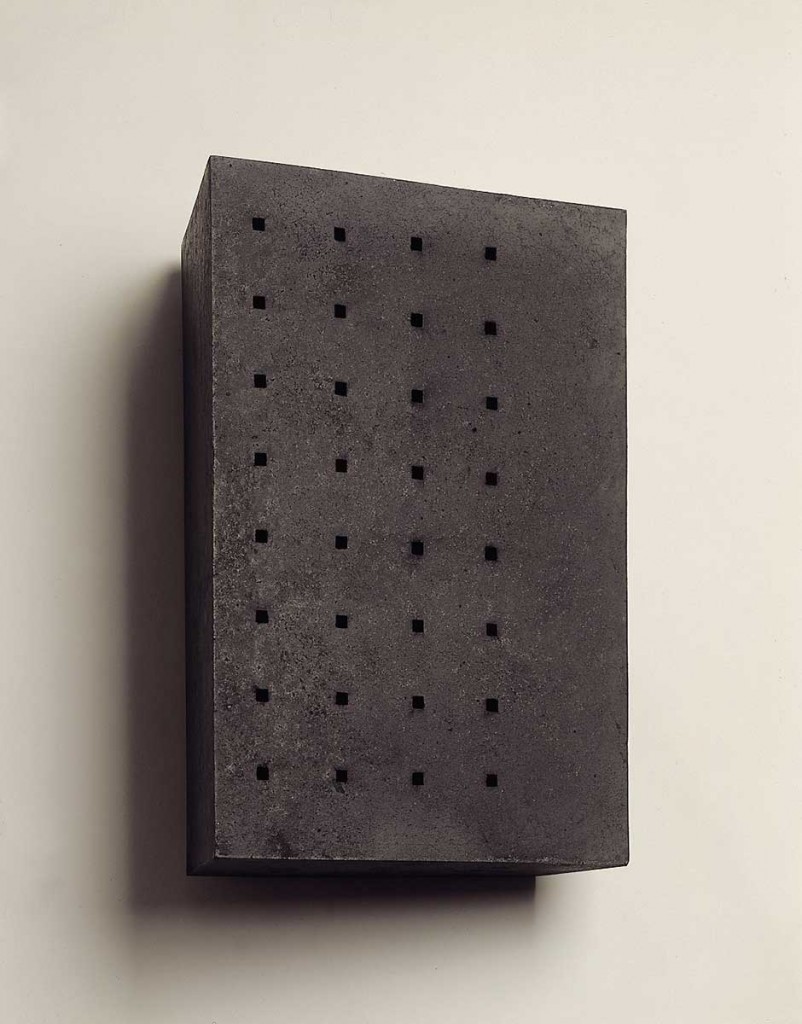 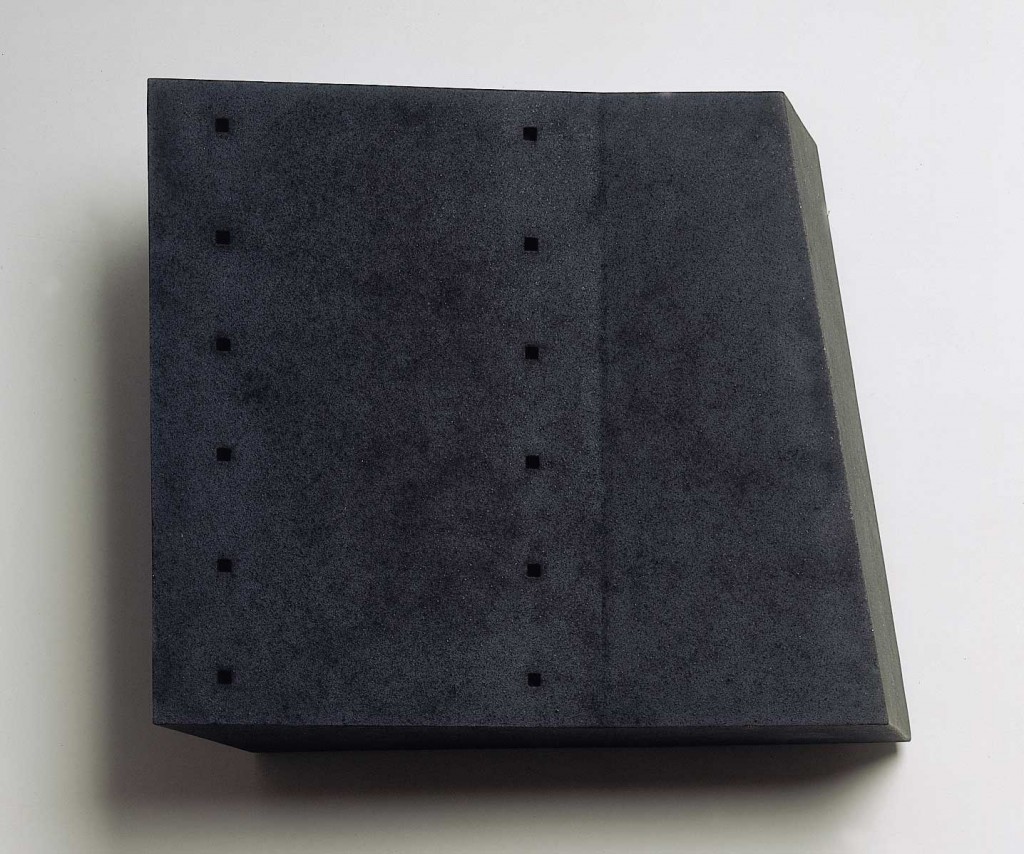 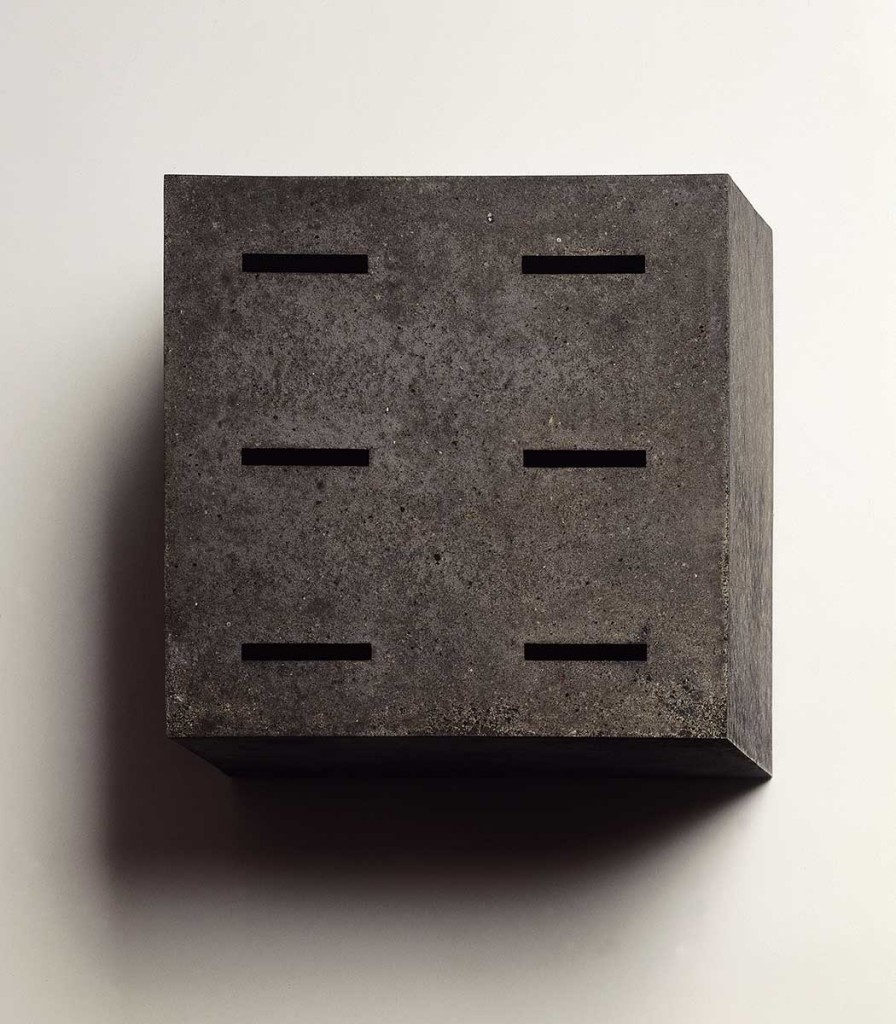 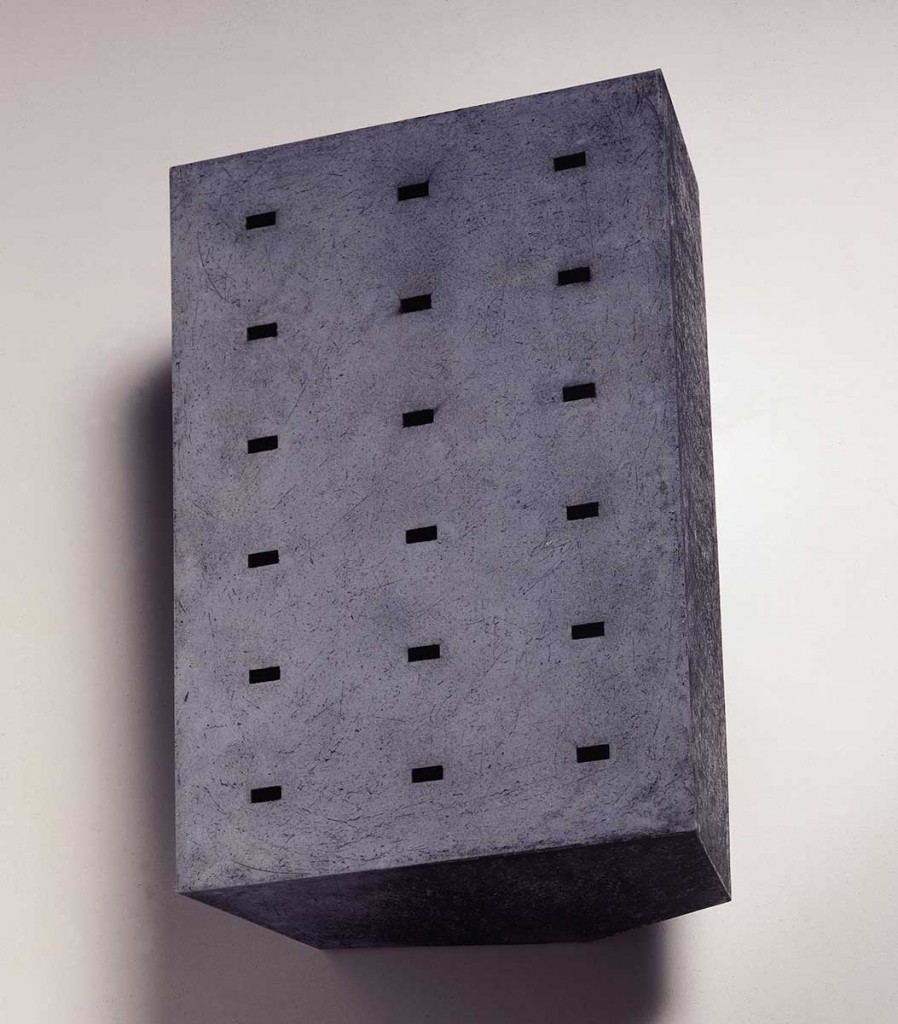